Support bracket for the turbocharger is built.  Because the manifold and wastegate setup is placed a considerable distance from the engine, Audisport used a triangulated steel tube bracket to support the turbo assembly during heavy loading.  The idea is that the manifold and turbine housing will be glowing red hot during heavy use.   The yield stress and modulus of elasticity of steel begins to alter at approximately 900F.  If the exhaust gas temperatures have a normal operating range of 1000F then a bracket is a desirable solution to greatly reduce the bending loads on the manifold and thus the stresses which can prevent cracks developing in the manifold during normal use.   Since the bracket is triangulated the actual stresses in the components are largely axial and the fasteners are in shear.

I had 5 of these brackets fabricated and yellow zinc dichromate plated.  The bolt gauge on them is for a K27 turbine housing.  The M6 threaded heim joint linkage in Stainless Steel can be bought at McMaster Carr online. 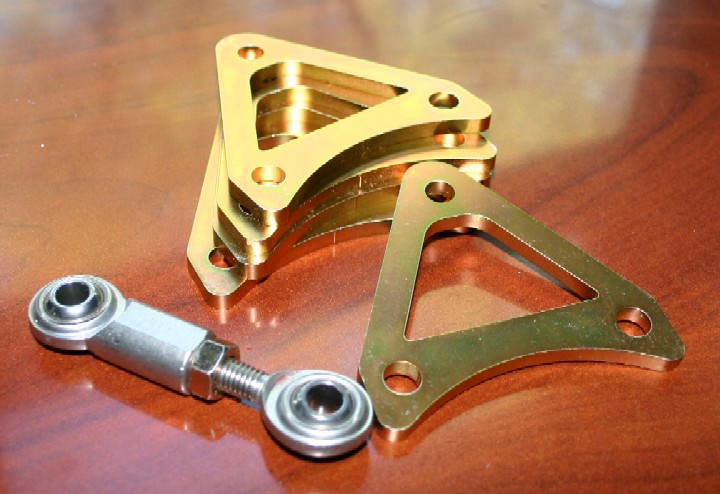 These are the 3 clips which hold the turbo center bearing section to the hotside housing.  Notice the orientation of the clips relative to the turbine inlet.  This layout is okay, but is 120 degrees off when wanting to use a turbo bracket. 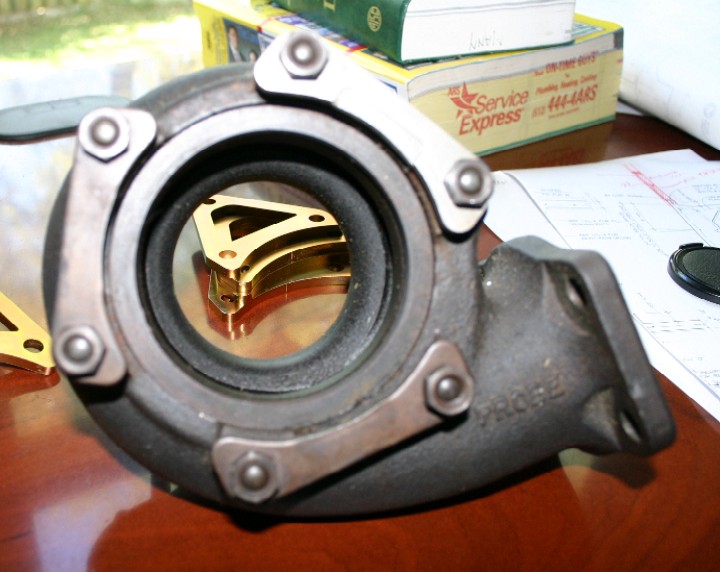 Here is the proper orientation for a turbo bracket clip.  The new triangle is the same thickness as the standard clips. 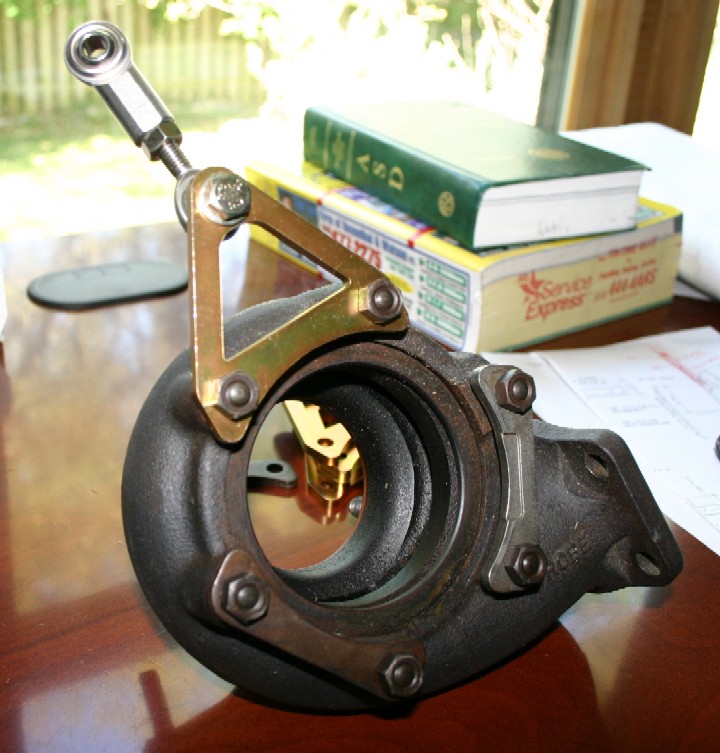 The completed bracket.  The two mounting points on the cam cover are similar to an S1E2 which is car this manifold setup was originally designed for.  The downward diagonal rod is fitted with a triangle bracket and bolted to the Compressor mount on the KW block. 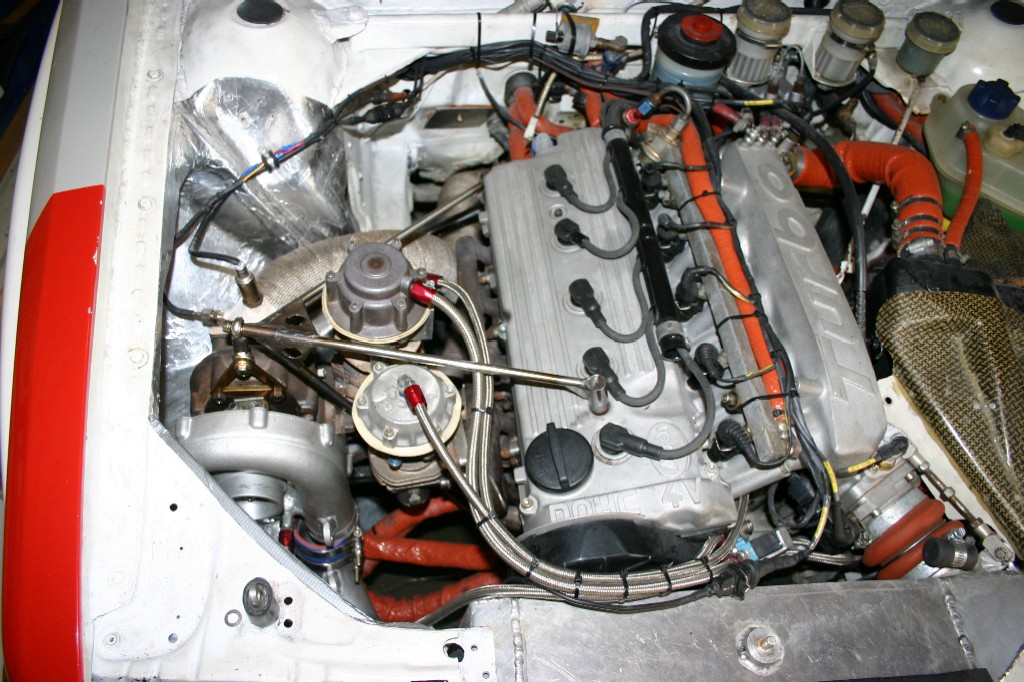 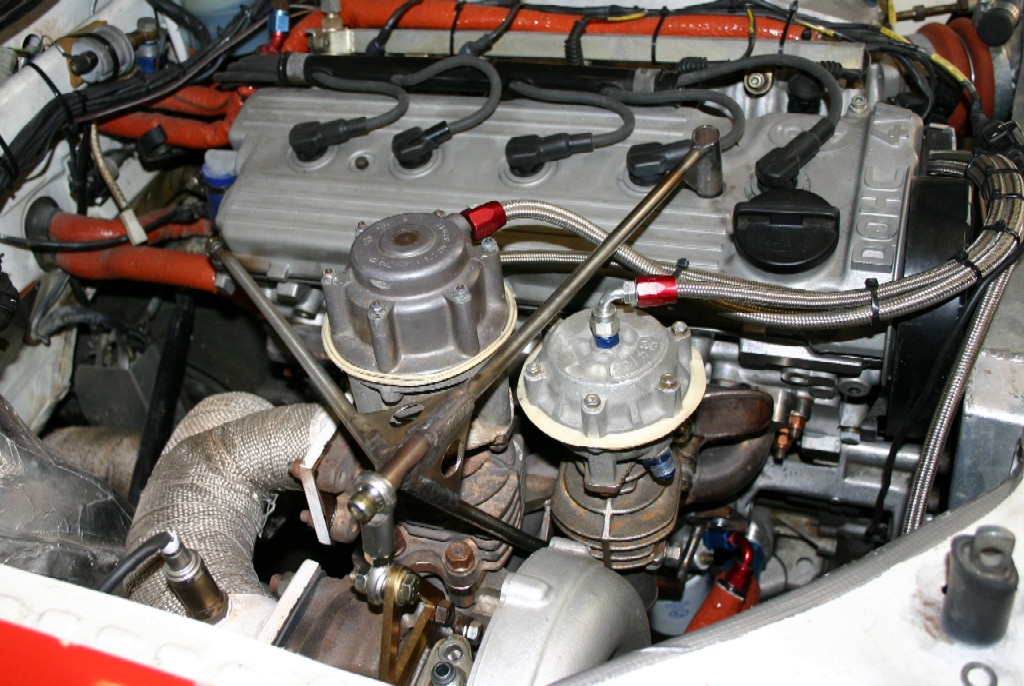 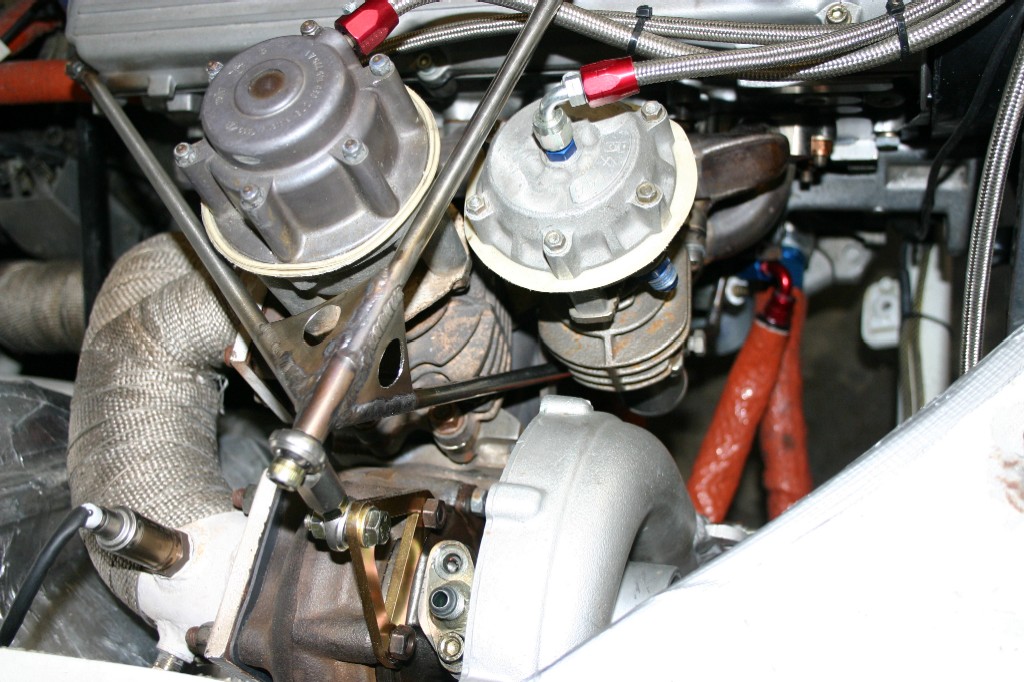 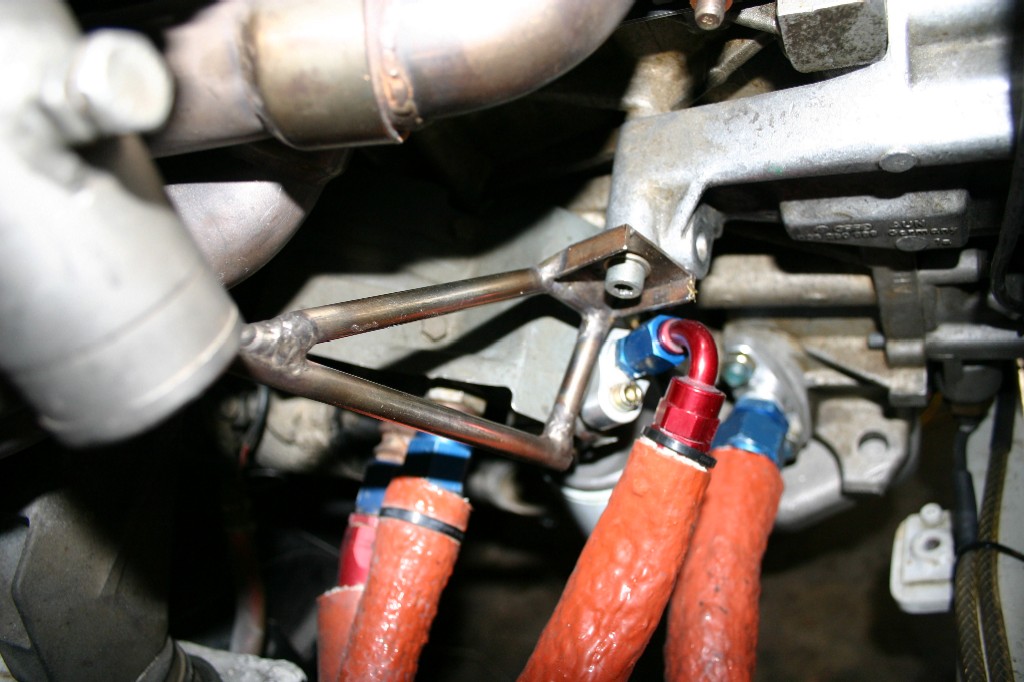