I bought this pair of intake and exhaust manifolds off German Ebay.  They both appear to be special castings for a 25 valve Audi 5 cylinder engine.  5 valves per cylinder instead of the usual 2 or 4.  The significance is that these are the first 5 valve per cylinder manifolds used by Audi.  The 5 valve per cylinder has become pretty standard for their street cars now.

Such an engine is said to have been used by Audi to do a speed run at the Talledega Oval of Nascar fame.  An interesting bit of history on this run can be found at Intended Acceleration.   In one of those pictures the manifolds for the 25V head can be clearly seen.   These pieces are more for curiosity sake than function as the 25V head is unbelievably rare and its use would not necessarily make sense.

The intake manifold is made up of 3 castings.  it is quite heavy.  two 550cc Bosch motorsports matched injectors per cylinder. 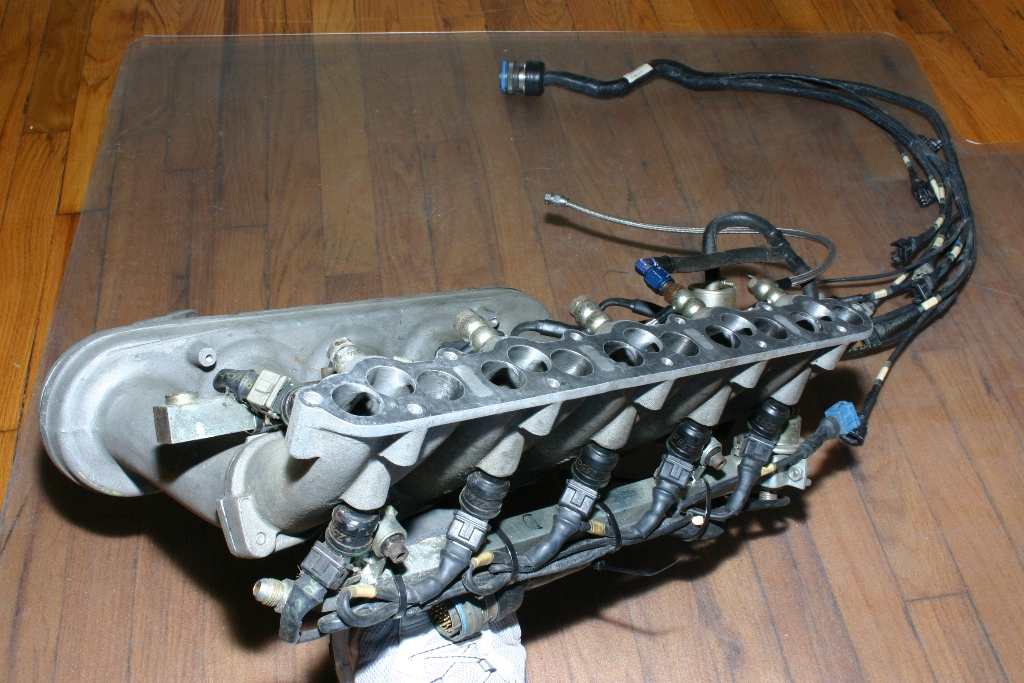 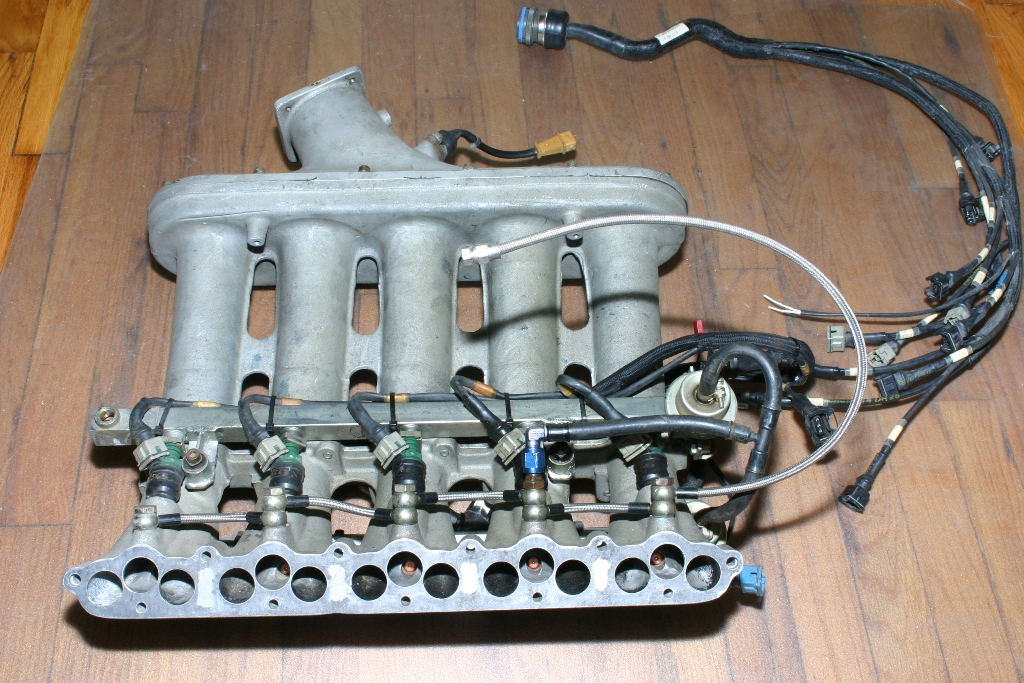 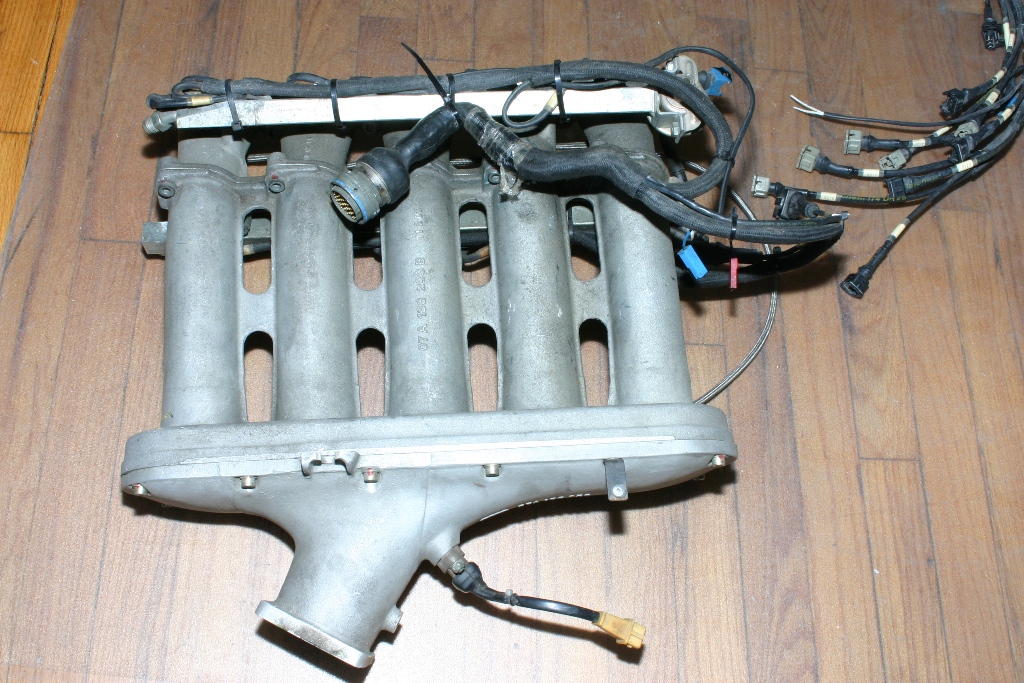 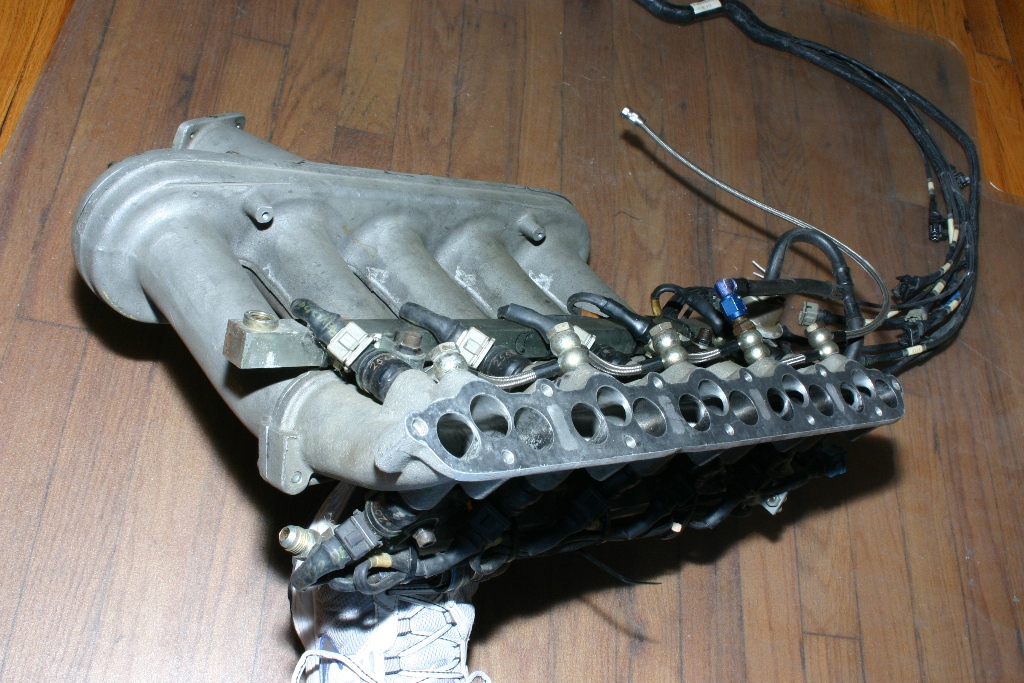 Here are the pressure taps on each runner to get vacuum or boost pressure.  These same lines and banjo bolts run to the fuel pressure regulators on each rail.  You can also see the flow numbers etched into the injectors. 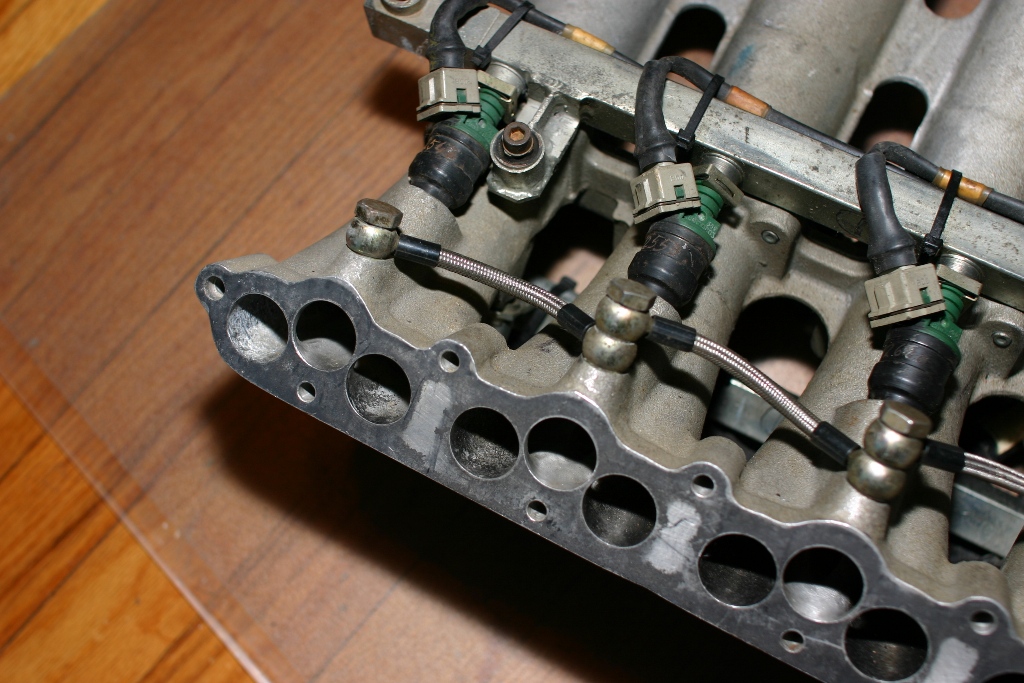 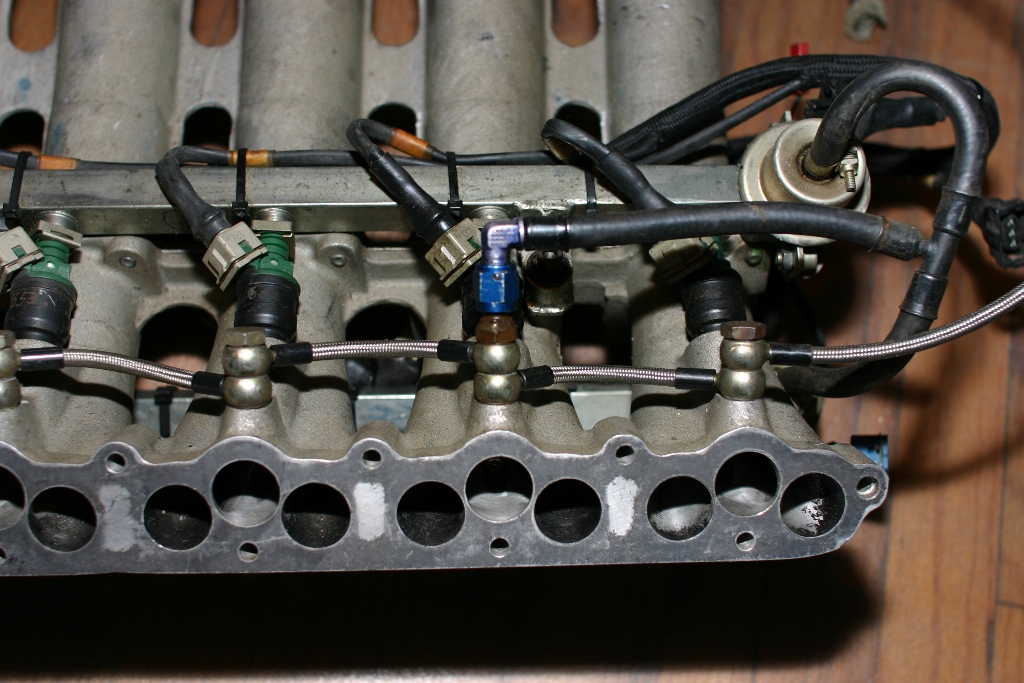 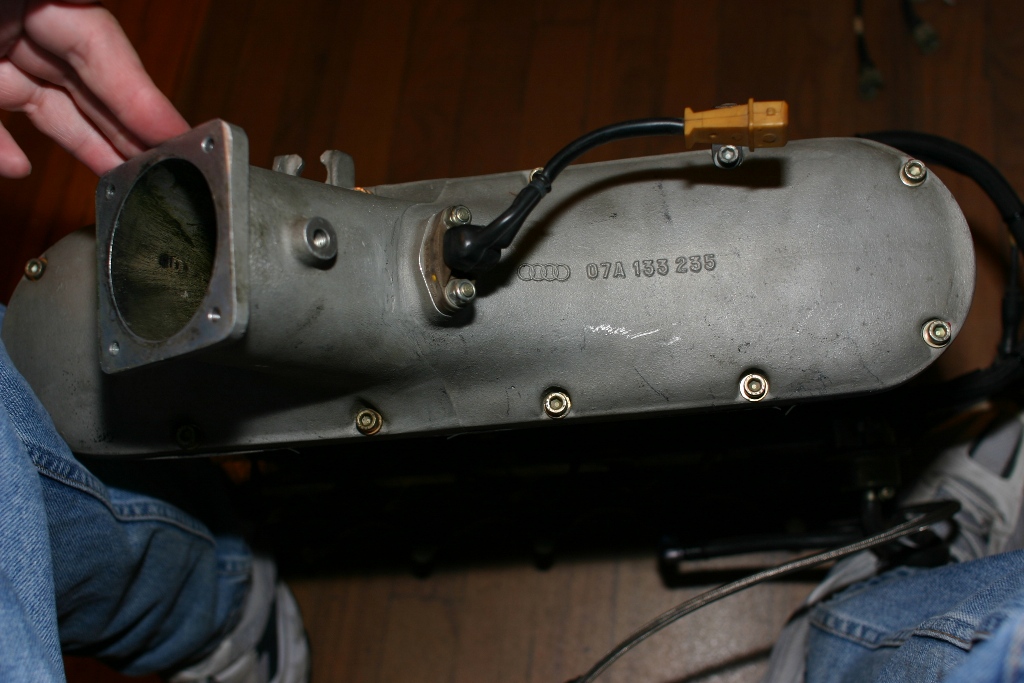 The exhaust manifold have a very odd bolt pattern with oval exhaust ports instead of the typical round found on the 20V heads.  The turbo flange is a standard K27 Porsche type without the round hole found on the K27 Audi type. 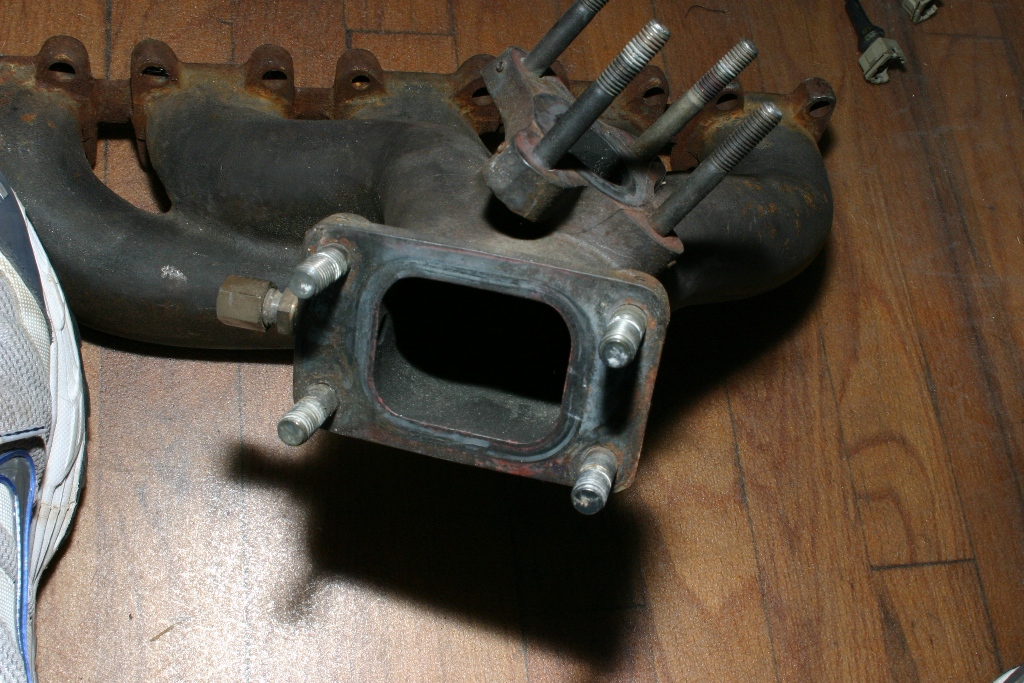 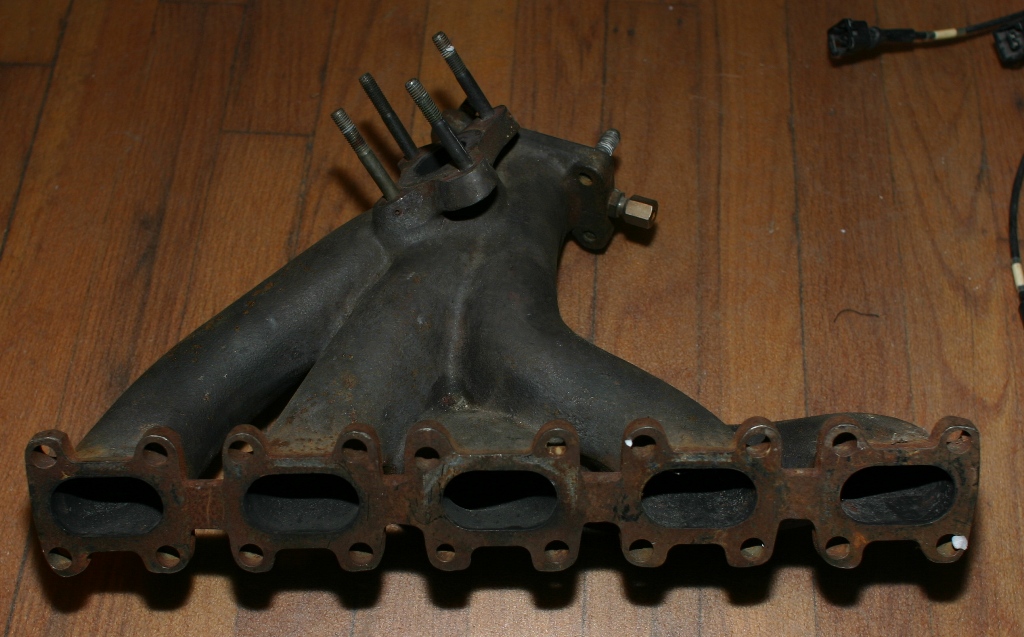 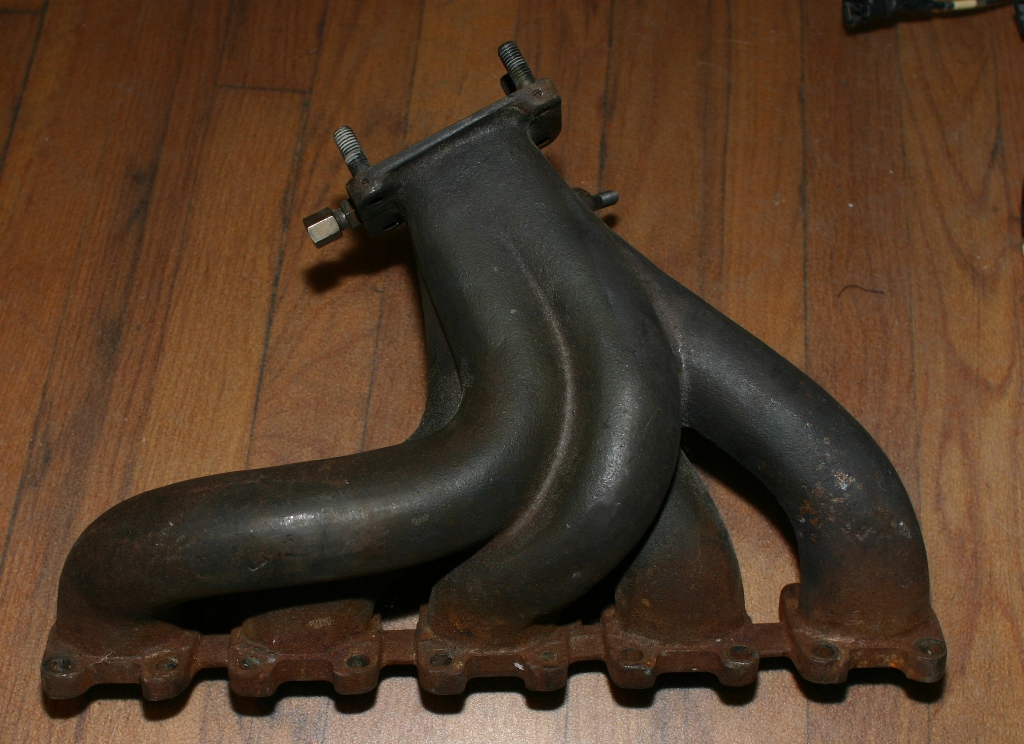