Here is a Movie of the car cranking and starting.  We tried starting the car on Saturday the 16th October, but it would not start.  I also noticed that regardless of what injector time we inputed in the ECU, we were not smelling fuel.  So in the early part of this week, I was checking all my wiring.  The Wiring from the ECU to the injectors was good.  I also checked continuity from the coils to the plugs.  I found one bad Beru 5000ohm connector that was not passing current.  Interestingly this is the brand new one from Kingsbourne.  I am temporarily using the cutup one from my former wires.  It at least passes current.   So on Thursday of this week, I checked the injectors one by one.  I had ruled them out because they were untouched from the previous build and relatively new injectors.   It turns out that 4 of the 5 were stuck in the closed position.  They were reading proper impedence which is 14.9 ohms, but they weren't clickiing.  So i pulled them out and set them in a jar of starter fluid.   They were good by Friday morning all were clicking.  I did clip an O-ring on the reinstall which created a large fuel spill across the engine after we got that cleared up and ventilated we started filming for the restart.  Here is the result.  Some of the rattling you will hear is from a collection of bolts sitting on the unibody over the passenger headlight.    Notice the non-existing engine movement.

10 Meg WMV of the Engine starting up.

The ECU screens from this session.   The car currently idles at 1800 rpm.  The Bosch ISV is connected to GPO2.

It won't start unless the idle time is set to at least 4.2.  Some air is getting through the ISV when the ECU is off.. 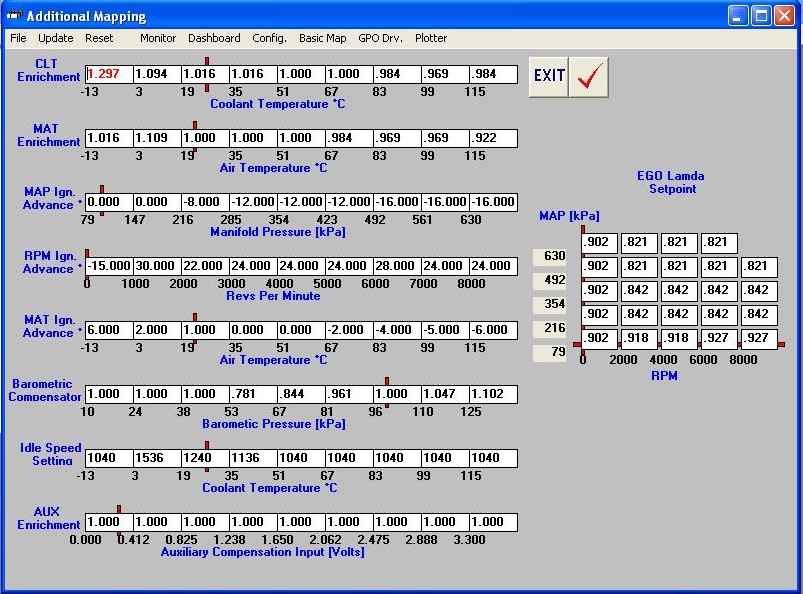 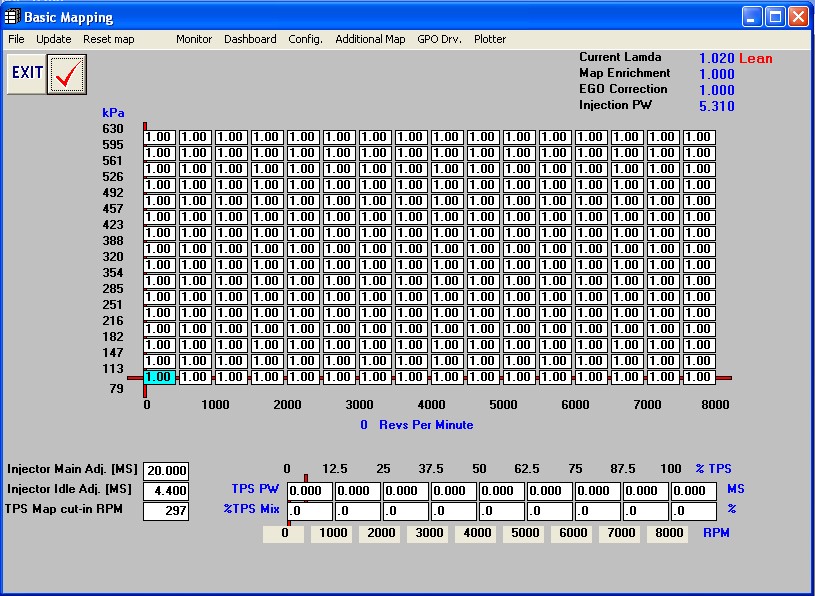 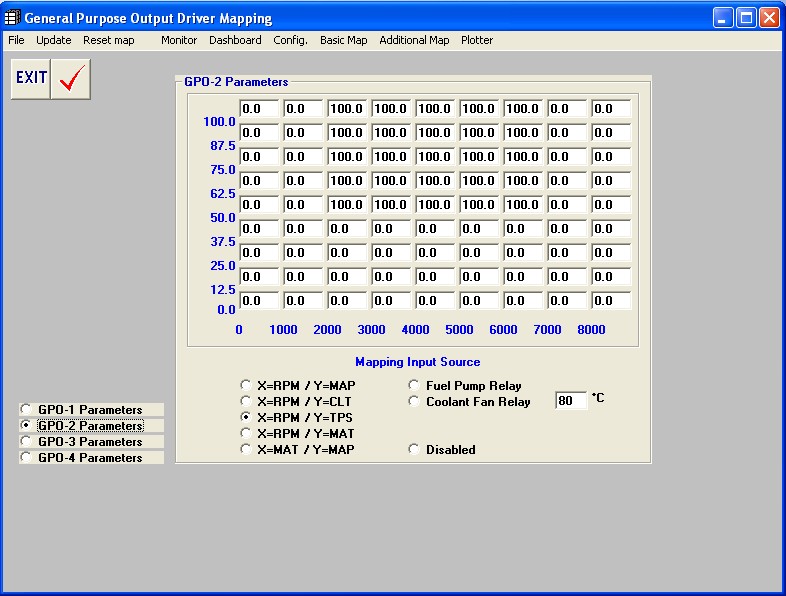