I used this past weekend to install the Quaife rear differential.   I purchased the entire differential and  housing from Andrew at Eurosport Rally in Brooklyn. The housing is a later style quattro housing which can be found in the later year 84 4000 quattros.   For some technical reason which is currently beyond me, the Quaife cannot be installed into the old 016 housing.   What is a Quaife Differential? The earlier 016 style which I removed has the two support arms cast into the differential housing.  This differential has the standard steel housing with three bolted on arms made from aluminum.   There is a left side arm, a right side arm and a rear arm which contains the rear differential mount.   Here is a picture taken from the rear of the car.  The rear differential mounts directly to the chasis of the car and not to the subframe as a typical street quattro.   The rear differential bearing itself is a solid rubber type without the open holes of the street type.  This provides a practically inflexible mount that is much more durable.   I have also reinstalled the adjustable rear sway bar.  You can see the two aluminum C clamps which bolt to the subframe. 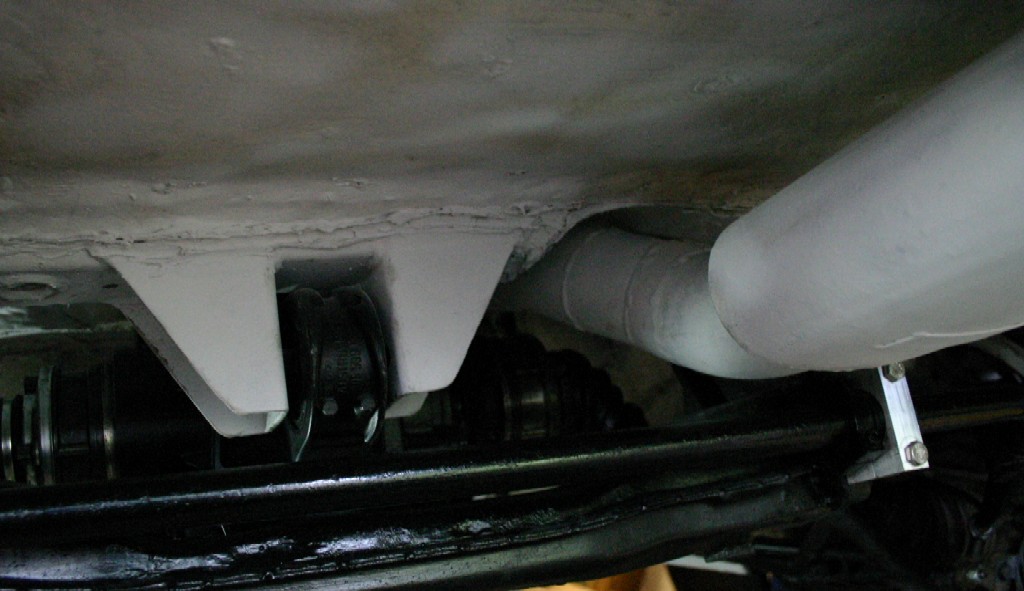 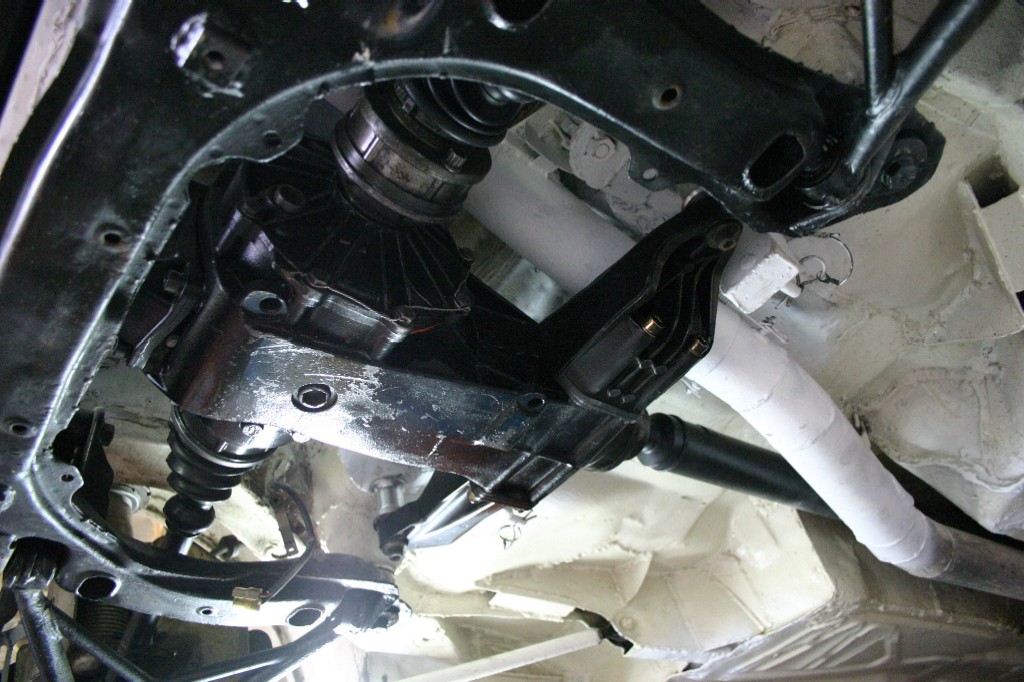 A better photo of the rear differential mount.  The exhaust mount is an interesting bracket along with two spring wired ties where the exhaust has a slip joint over the right differential arm.  The system works very well and is easy to mount and unmount. 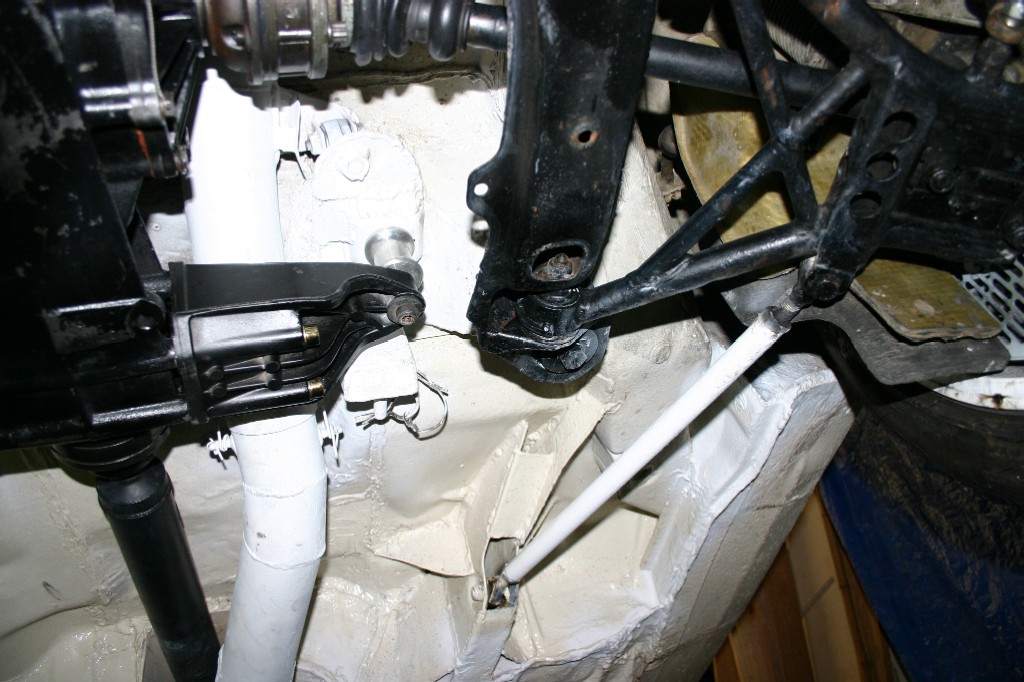 an inside picture of the rear axle and gravel guards.  The adjustable sway bar can be seen in this picture.  The adjustability is accomplished by releasing the pressure on the bolt clamp at the ends of the rod and  rotating the blade end of the sway bar.  Flatter (more parallel) to the ground is softer.  There is a simple heim joint linkage connecting the end to the control arm.  Curiously the kevlar gravel shield is notched and cut specific to the AP racing calipers so that it can be removed without removing the brake caliper.  It bolts into the sides of the magnesium wheel bearing housing.   It protects the brake lines as well as the calipers from stones.    This suspension is the full on A2 rally suspension later carried over to the S1. 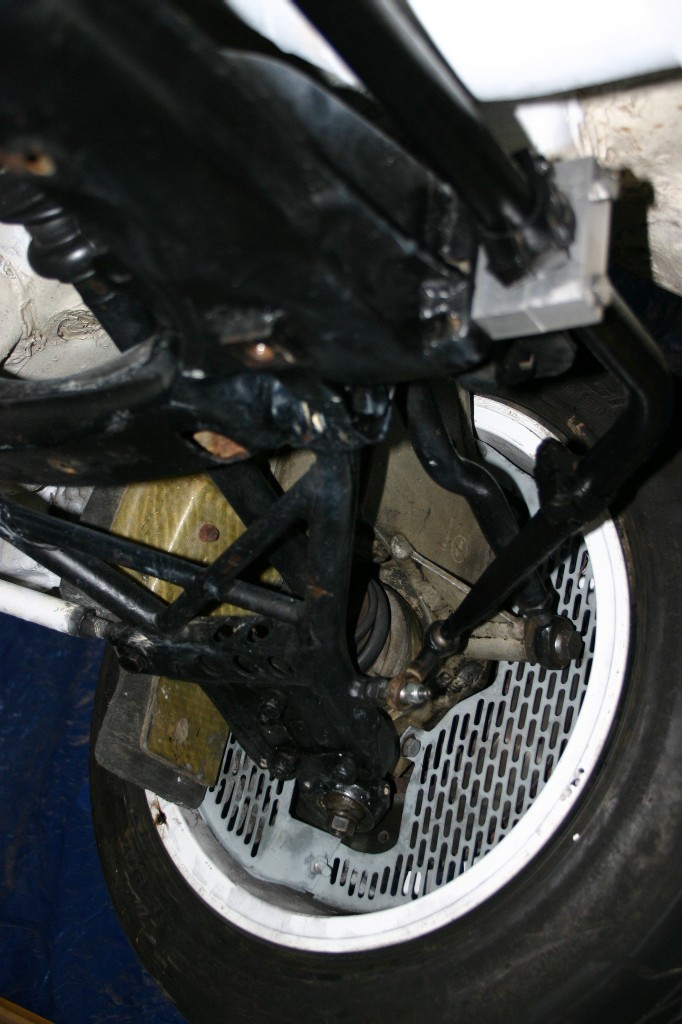 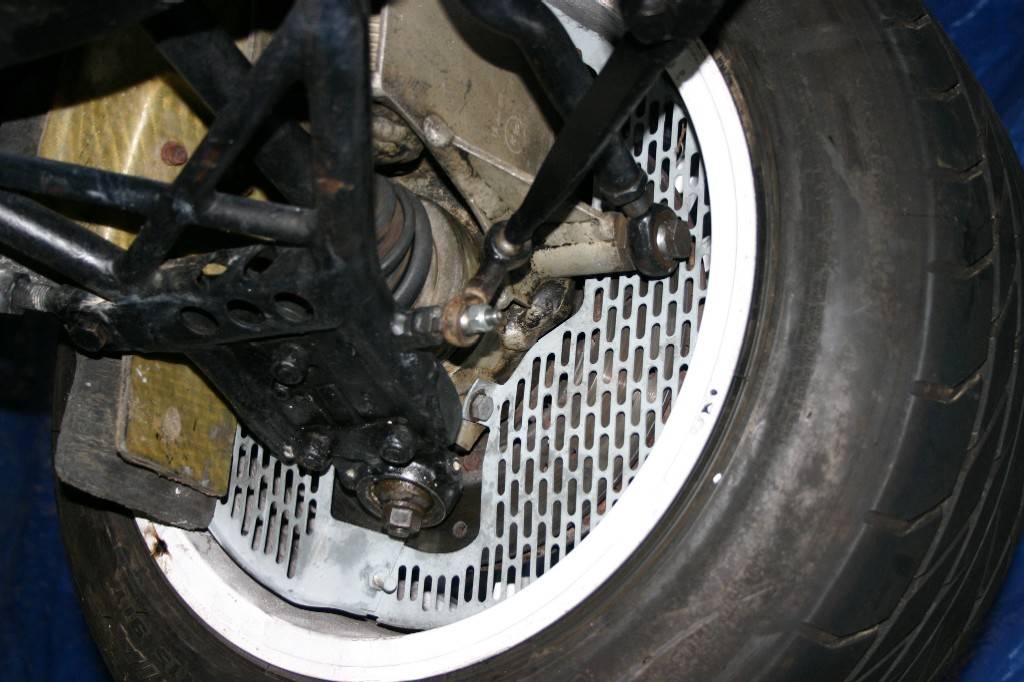