Labor Day 2005!  A good weekend to head out to my buddy's place for his Labor Day Shoot.

Firstly, every single gun shown in these pictures is 100% legal registered class 3 weapons with the ATF.  Here is a link to the last shoot I was able to attend.

Ken Fluhr came with me this time as it was his birthday.   He has never been to a shooting range or fired a rifle larger than a .22 so this was a very unique experience for him.   Some pistols. 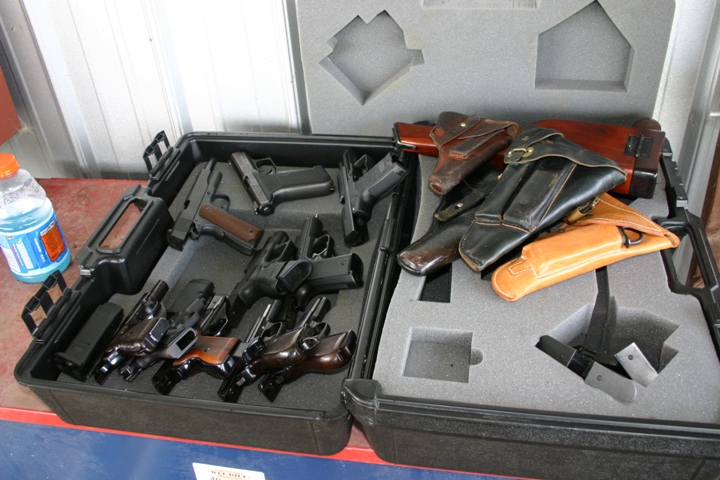 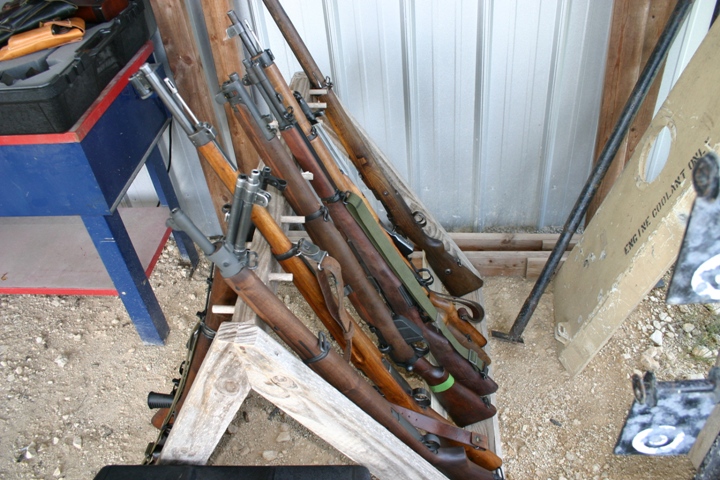 Me on the Sten.  it may not look like much, but its one of the best class3 weapons to own.  Cheap ammo.  Slow firing.  Cheap gun.  Easy to shoot. And its British!! 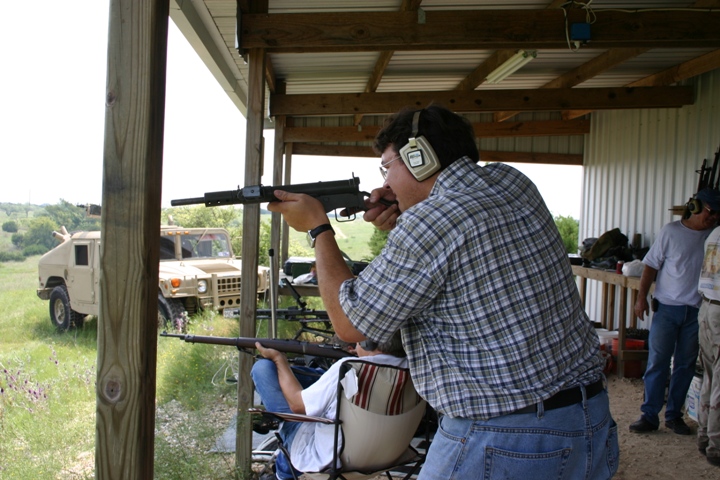 Ken starting to develop his Perma-grin. 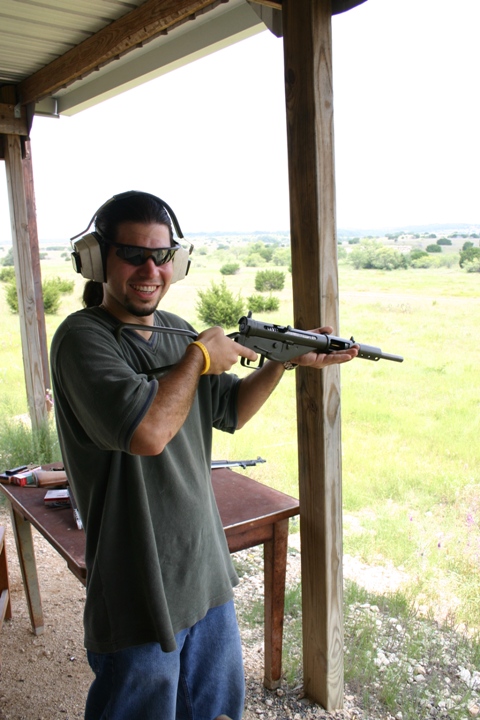 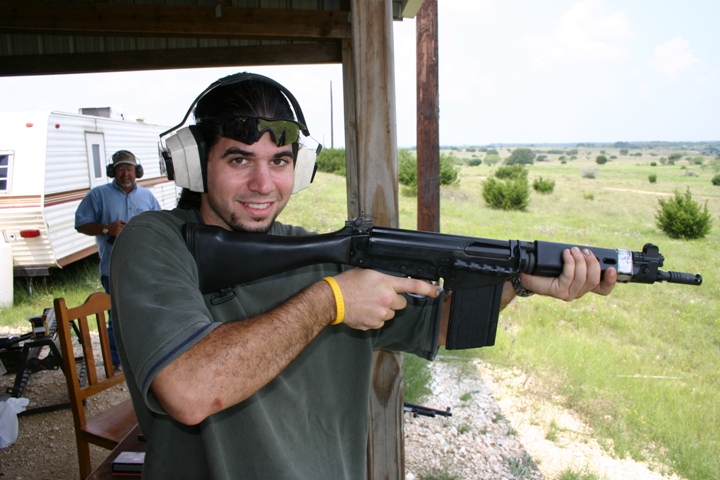 A modified .308.  Very load with alot of muzzle blast. 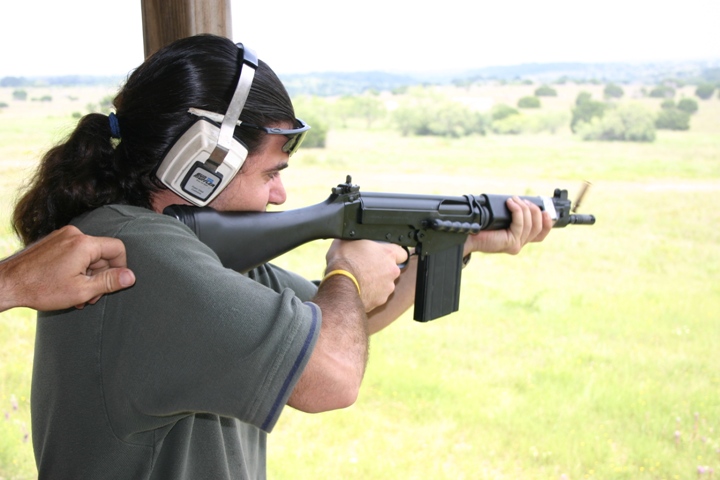 Check out the new toy. 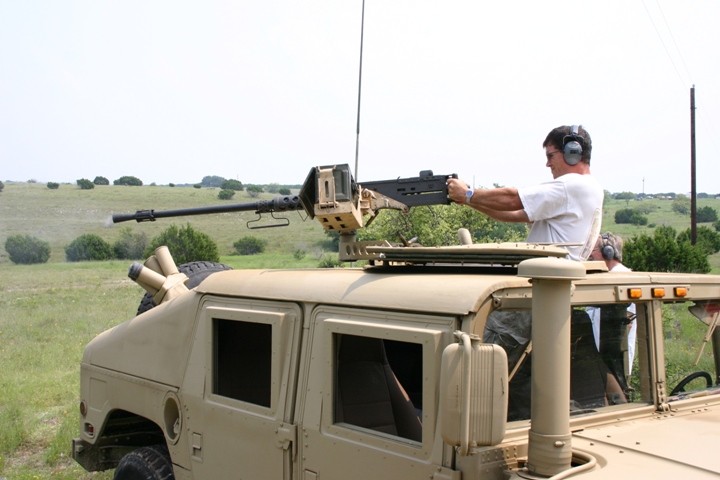 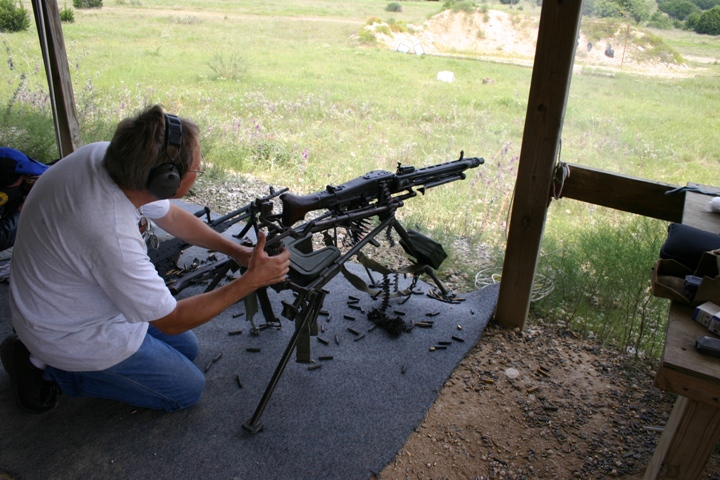 Me on the Thompson. 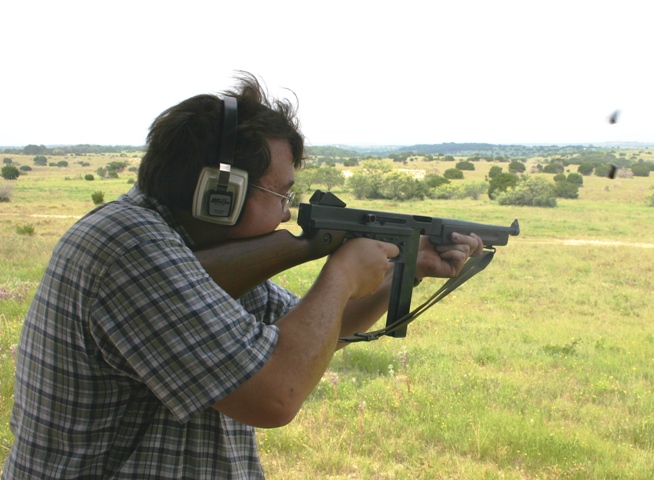 Ken gets to fire a WW2 thompson.  Day of Defeaters Rejoice!   We need to work on the "lean into it" part. 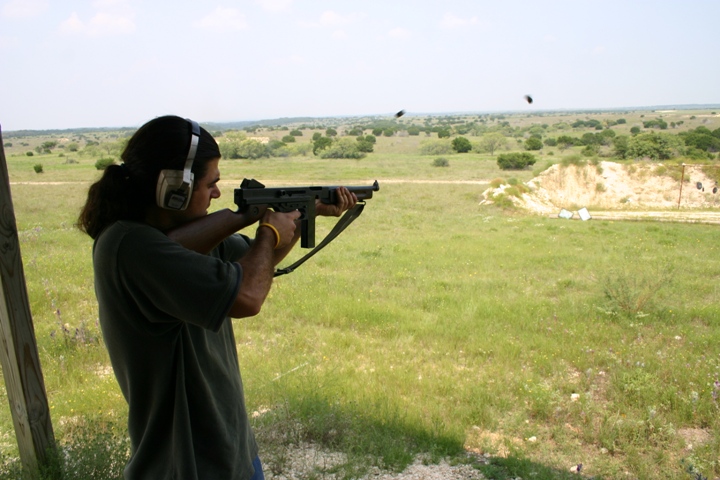 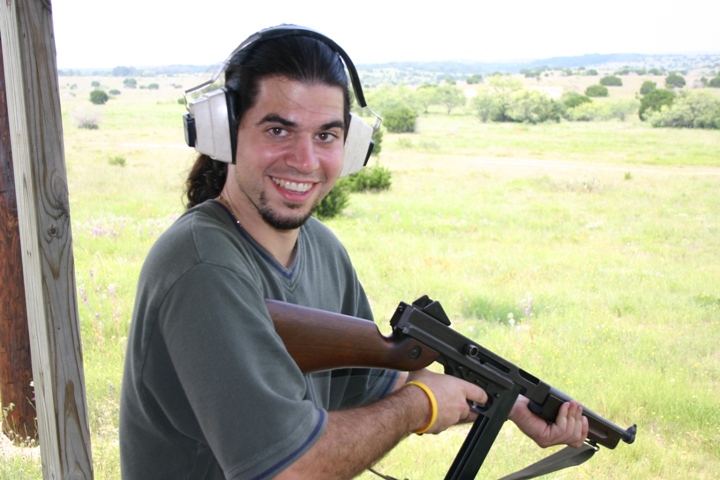 "Wow!, This gun is accurate"   Ken was really fancying the Swedish Lahti which is on the table.  He fired that over and over.  His favorite pistol of the day. 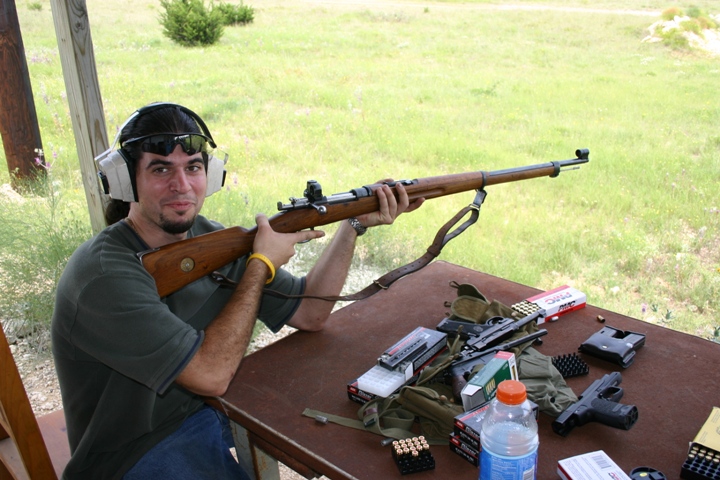 Eh, A red 9. Cantankerous.  I was waiting for the slide to fly back and hit me in the face.  Time to put it back in the shoulder stock. 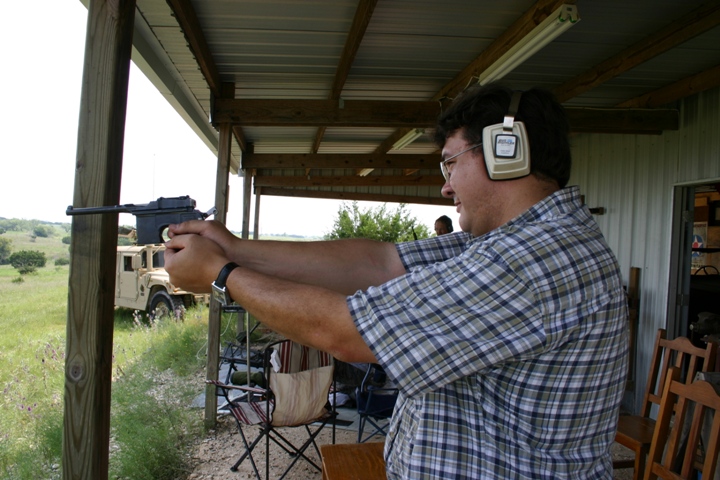 Ballistic Glass testing.   Okay so the stuff doesn't stop Assault ammo at 50 yards.   Did okay against pistols though.

That was common 55gr 223 for those who are counting.  The Rusky Wolf ammo was fired from an SKS. 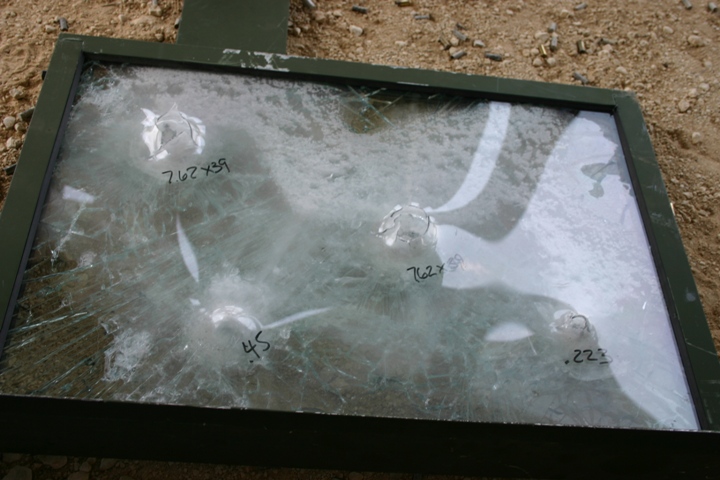 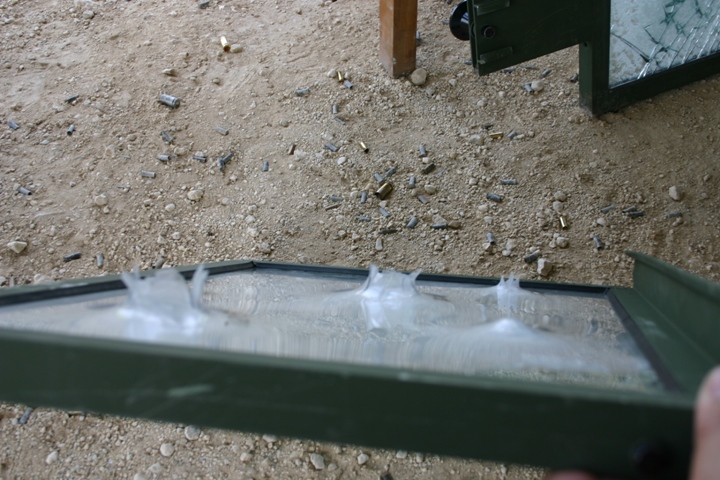