The grill is coming along nicely.  All the slats are now in place and the rest of the work is sanding, finish and painting.   There was a large mass of modeling resin which was used to attach the grill to the crossmember.  Since I'm rebuilding a new crossmember from tube aluminum, the resin had to be removed.  It's very similar to casting resin and shouldn't be a problem to restore.  it was basically a filler material that confroms to the frame of the car and fills the space left over between the grill and the frame.  I'd image some sort of wax was used to keep it from bonding to the frame as it sets.

Here's the grill fitted to the car with the headlights test fitted as well.  I'm waiting for some metric head hex screws to mount the headlights properly.  I'm also going to have to schedule a trip to austin veedub to get an audi grill logo.   Nothing is bolted down in the picture.  Its just checking the dimensions and sizes to make sure it will all go as planned.  So far, so good.  This shot really shows the extent of the damage on the left and right sides of the grill. 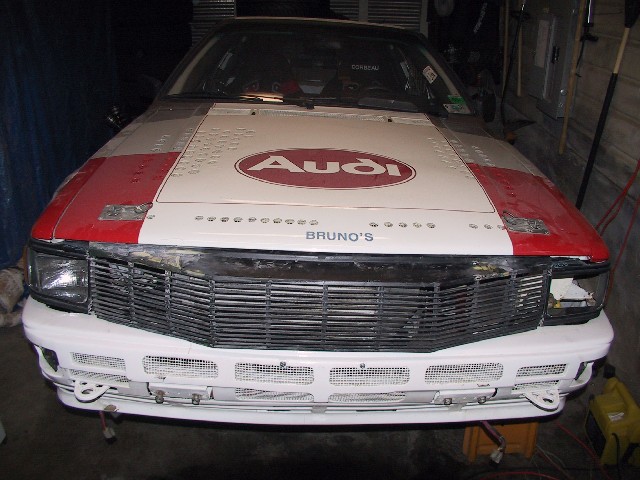