I've decided to move forward with a complete engine tear down for diagnostic reasons.  Mainly because the lack of power leads me to believe that there is a mechanical problem somewhere in the motor.  Some of the logic behind this so others can benefit from this reasoning.  #1.  The car has a displacement of 2 liters.  The boost generated from the turbo is 24psi or 1.7 bar above atmosphere.  The Motronic ECU even without an O2 sensor would mean a condition whereby the engine would generate more power than 182 at the wheels.  So perhaps a mechanical timing problem or an advance problem in the ECU.   I've been directed by several knowledgeable people to look closely at the distributor and rotor to make sure its the narrow type for high HP applications on the 3b.  It is.    The timing of the cams is correct.   Both dots were aligned and horizontal to the top of the head.   So Cam timing was good.   I check the position of the pin on the flywheel.  With the engine at TDC #1 cylinder, the pin on the flywheel is about 60 degrees from the Reluctance sensor.  That was correct.   So it was one of two things, either the Software was implementing severe timing retard or there was indeed a mechanical problem.

We did a leakdown test on this engine cold.   Using a longacre leakdown kit and 100psi as our baseline, the results were as follows for the 5 cylinders.   This method involves pressurizing the cylinders one by one with the piston at the bottom to check for escaping air.  Ideally the valves, head gasket and piston will seal the combustion chamber and the number will be as close as possible to 100psi.   Cylinder #1 tested 82 psi, cylinder #2 tested 41 psi, cylinder #3 tested 40 psi, cylinder #4 tested 81 psi and cylinder #5 tested 20 psi.   We had all manifolds still on the car, but initially it sounded like a lot of air was coming from the intake valves. 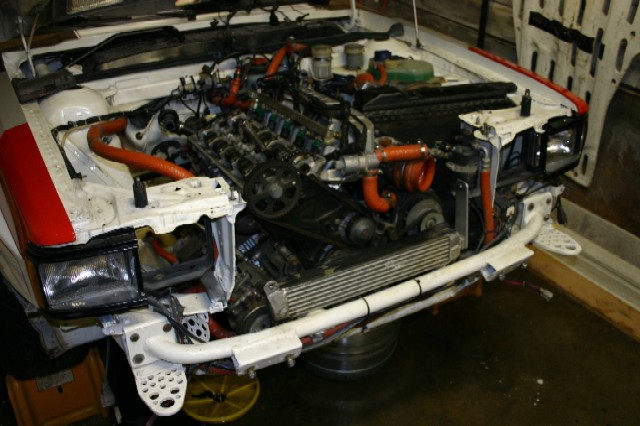 So we pulled the head.

The head is an RR head.  This is from a 20V urquattro that was never sold in the United States. There is extensive machining on the deck of the head for water flow.  We witnessed alot of oil in the intake path.  This can only come from the turbo.  Most probably an overspinning turbo or a leaking turbo.  Ive already removed the turbo for rebuild so this doesn't matter.   The valves have a great deal of carbon buildup on the faces and seats.  This is possibly from the oil and also from a rich running condition (remember the car didn't have an O2 sensor).  The buildup gets between the valve seat and the valve and there is the leak.  We didn't see any cracks or burned up exhaust valves.  The overall condition of the cylinder head was quite good. 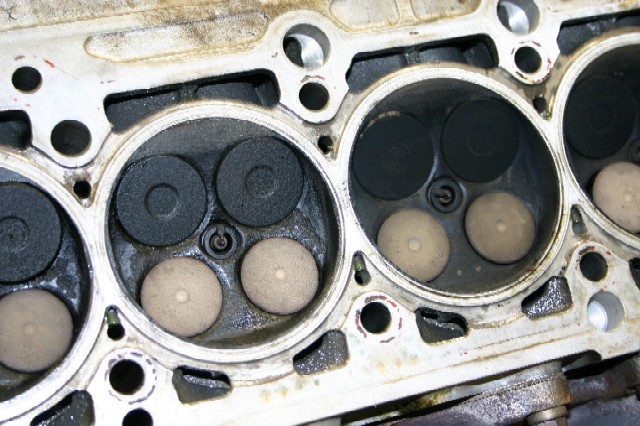 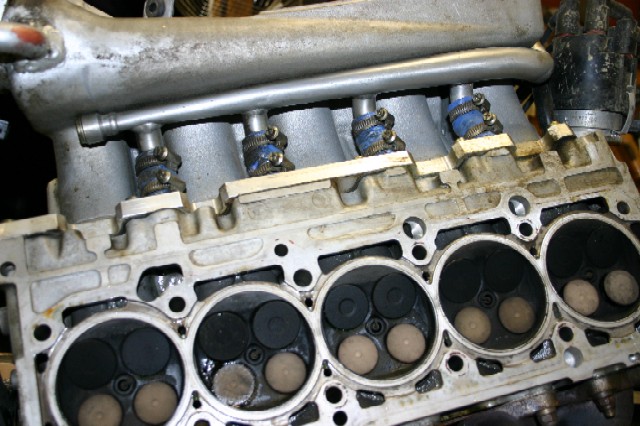 The overall condition of the engine block appears to be excellent.   The smooth dished pistons are stock Sport Quattro pistons which provide an 8:1 compression ratio.  The displacement of this engine is 2.144 liters or 2144 cc. 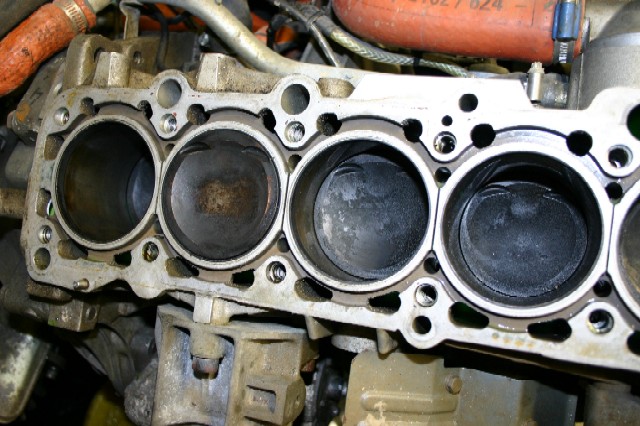 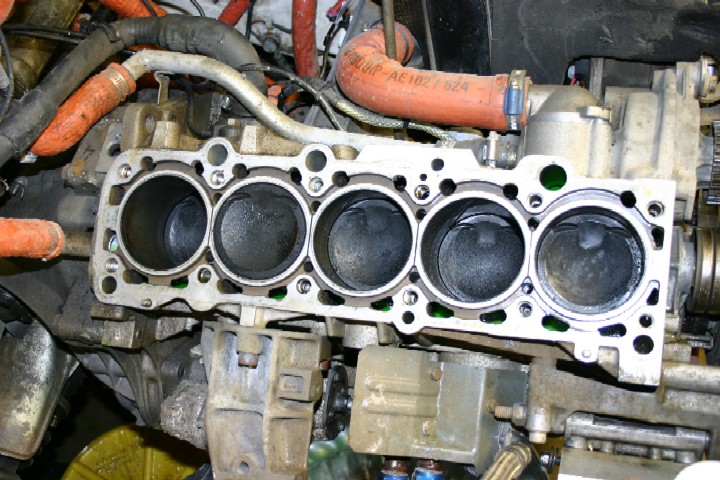 Some of the more interesting details in the build of the car is the motor mounts and other accessories on the block.  It has just one freeze plug opening on the side. Not 4 like later steel blocks. 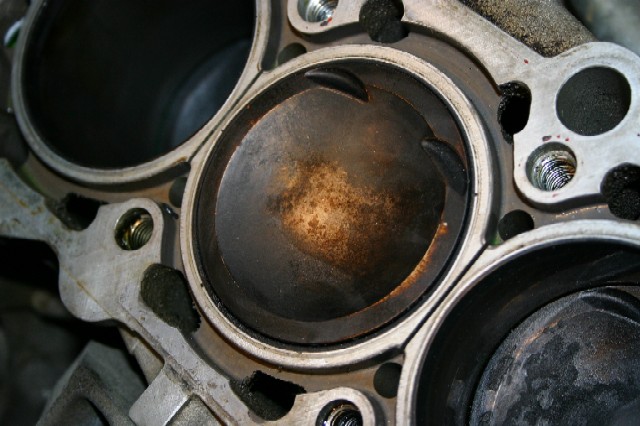 We then proceeded to pull the engine out of the car and the manifolds off the head.   We wanted to do another leakdown test and verify if the leak was from the intake or the exhaust side of the head.