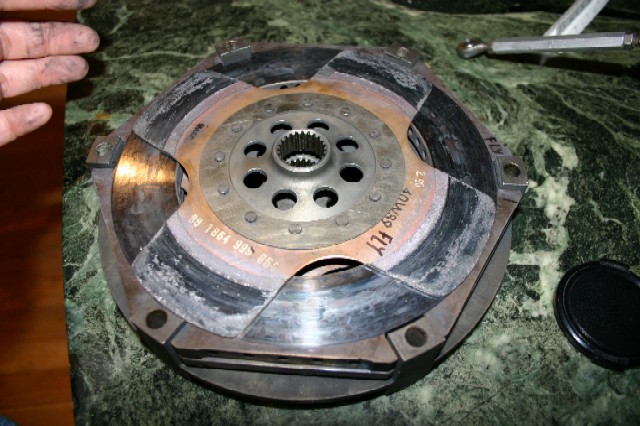 The stack of disks and plates.  Its a Iron sintered 4 puck disk.  This clutch is rated by Sachs to carry 550 ft.-lbs of engine torque.  That includes a factor of safety which they won't divulge.  Actual clutch torque is probably 1100 ft-lbs or so.   In function, this clutch assembly is about 2mm beyond the wear point!   Amazing.  The instant my car was making serious power the wear increased dramatically.   These disks didn't look this bad when we did the engine, but they were obviously worn and we mis-measured the wear thickness.    A new RCS200 double disk setup has the exact same dimensions and should bolt right up to the car and flywheel.  The flywheel has to be machined down about 5mm to fit this clutch assembly.  It also needs to have 6 bolt holes tapped in for mounting.  The MFX200 is the standard clutch used by audisport on the I-5 engine.  The 2 disk setup is pretty standard on the rally cars and I have seen a 3 disk setup on the IMSA and the pike's peak cars.  This requires a custom thinner flywheel.    The 2 disk setup can used a machined down standard steel Audi flywheel which is what I would recommend. 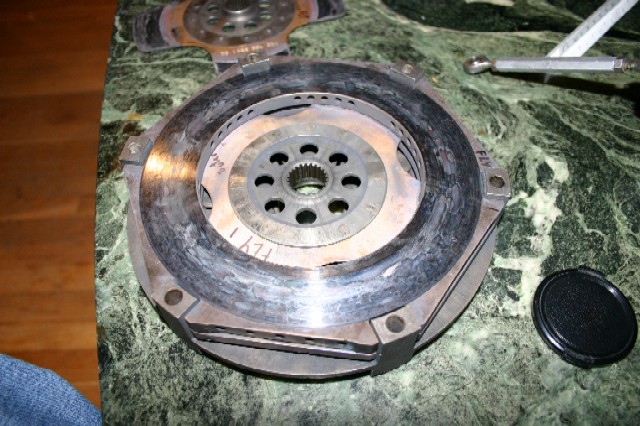 Peel off the 1st disk.  Here is the intermediate plate.  Some very minor glazing on this steel disk.  Can be gently resurfaced with no problems. 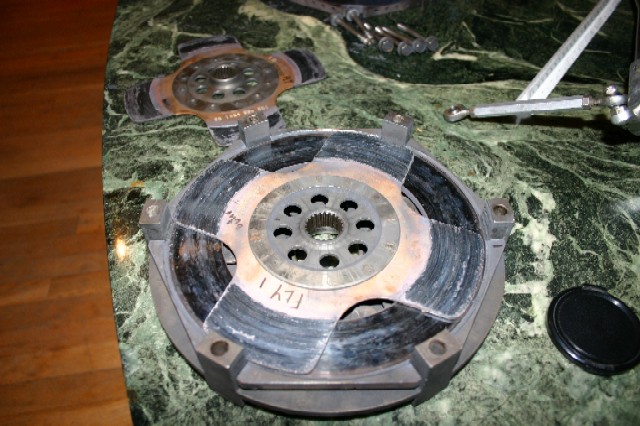 The 2nd disk.  The wear is so bad, the disks were undoubtedly wobbling in the clutch which led to accelerated wear on the edges of the pucks.  None of the wear got into the steel disk substrate. 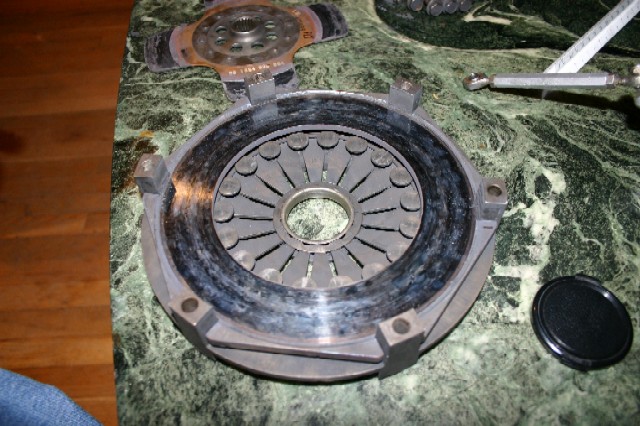 The release plate sitting inside the pressure plate and housing.   This looks to be in great shape. 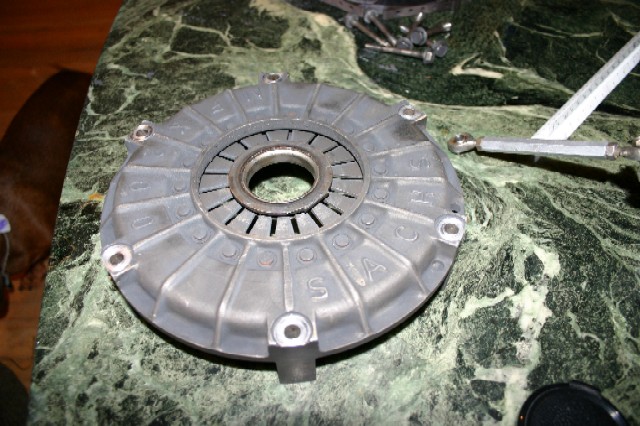 The transmission side of the housing.