As I bought the car, the headlights were non original "Cibie" Euros which were superior to the original Quad headlights found on the 1983 UrQuattros.  The builder of the car preferred these lights over the original rally style since they came with the car and had superior light characteristics.  My intention is to replace these with the original rally style lights of the early 80s Audi Quattros which were identical to the 1983 Quad lights with one minor change.  They were cut in half for later generation A1 cars.  The high beam section was removed in lieu of more airflow to the engine.   My objective is to produce a late generation A1 car complete with single head lights and fender eyebrows.

Out with the New lights 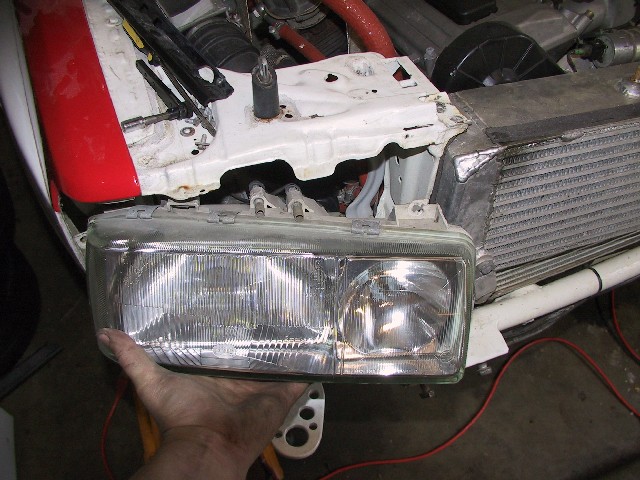 A big hole on left front side of car.  The airbox inlet is the oval shape to the left in this picture.  The Mas Air Flow is hidden by the black ribbed hose as it goes down to the turbocharger.  BPV is clearly visible. 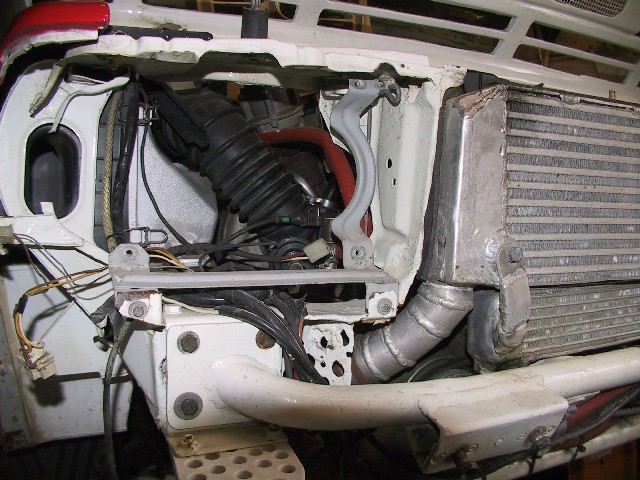 Right side, shows the AC dryer.  The Radiator as well as the end tanks for the oil cooler and intercooler. 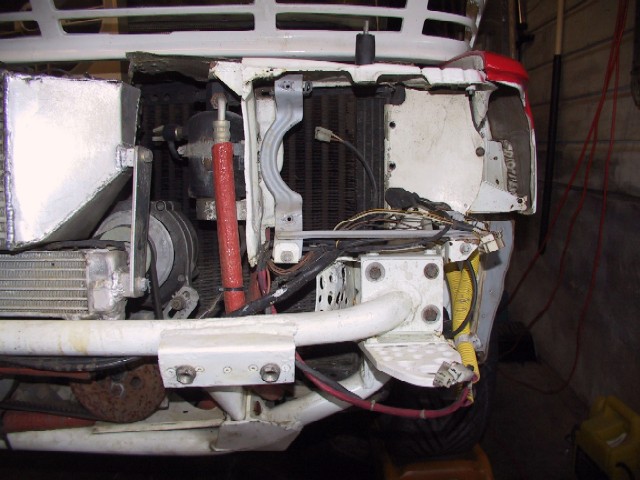 Grill off, ready to remove the mounting brackets.  In with the old lights.  This is just a test fit 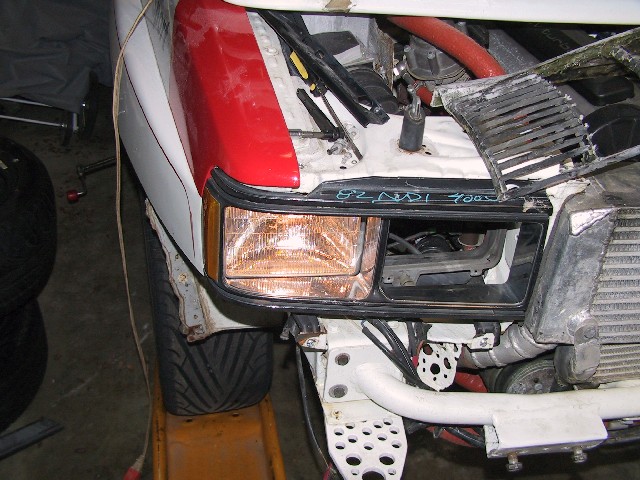