Took the Rally car down to Texas World Speedway in Bryan College Station this past weekend.

Car ran great with the new fat tires.  I did lower it as much as possible with those tall springs.  The car had more sway that I wanted, but turn in was good.  Grip was good and the car was very drivable.  The car had just the right amount of oversteer.  The backend would come out on all but the very slowest corners and just hang out there giving the car a nice rotation.  I was still driving it with a pretty conventional entry and exit line.  Next time out I'll have to try a later entry turn it so I can really get the power down on the exit.  Its a quattro so it pushes hard on exit so I find myself having to stay off full throttle until I'm nearly out of the corner. 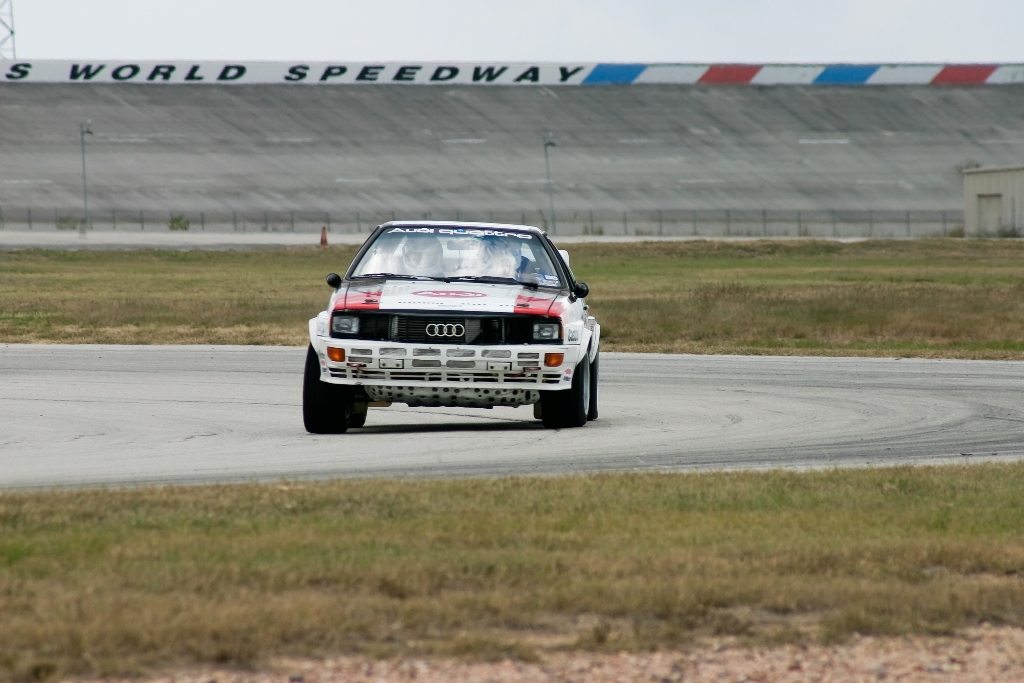 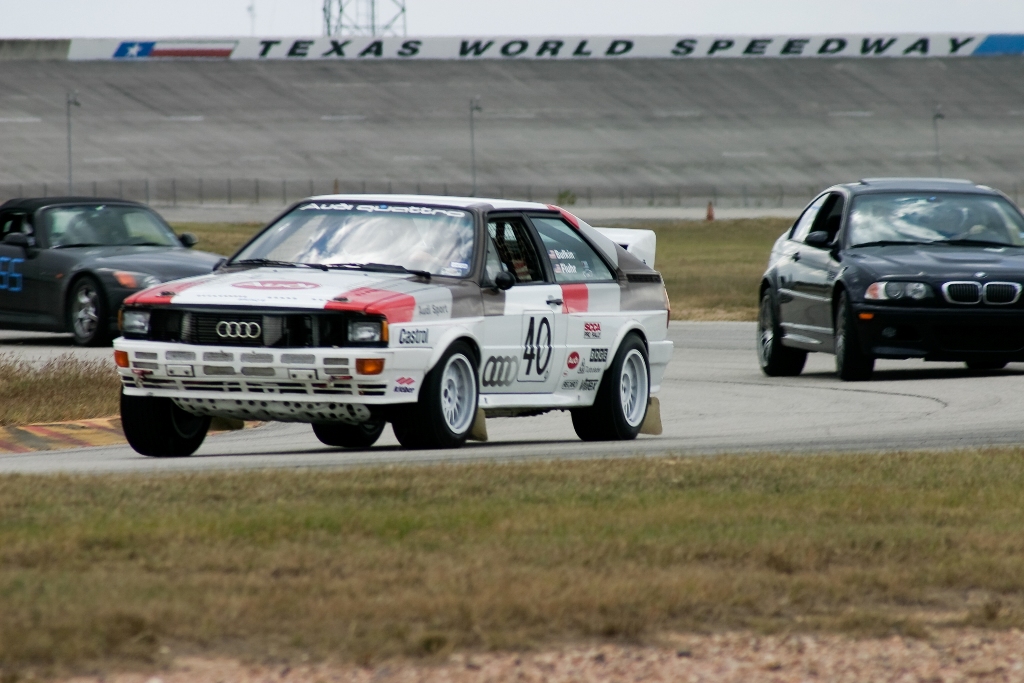 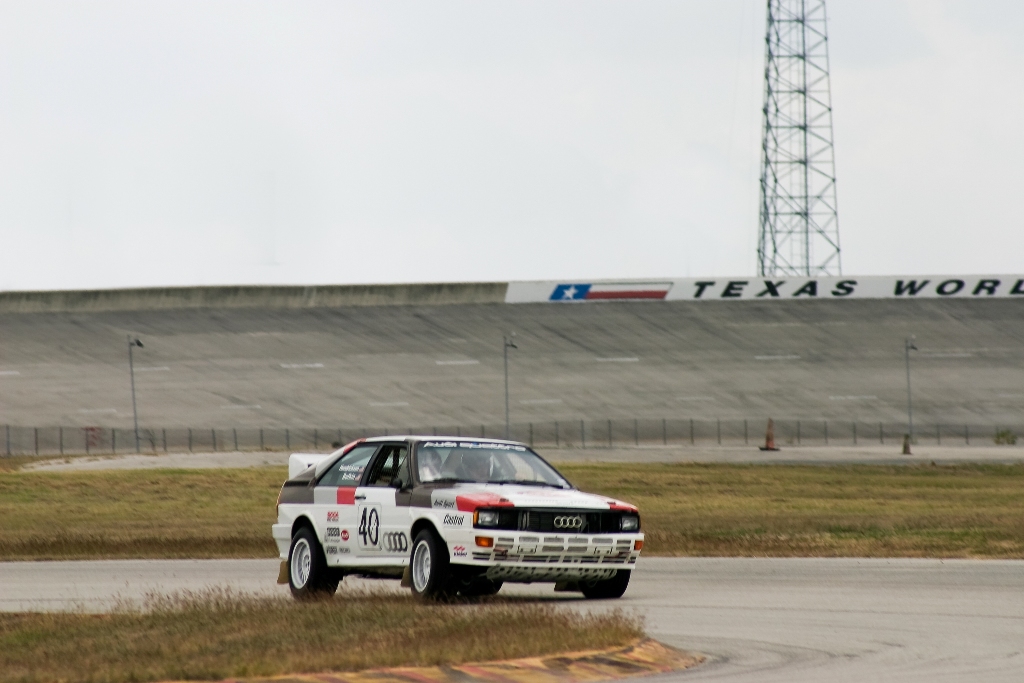 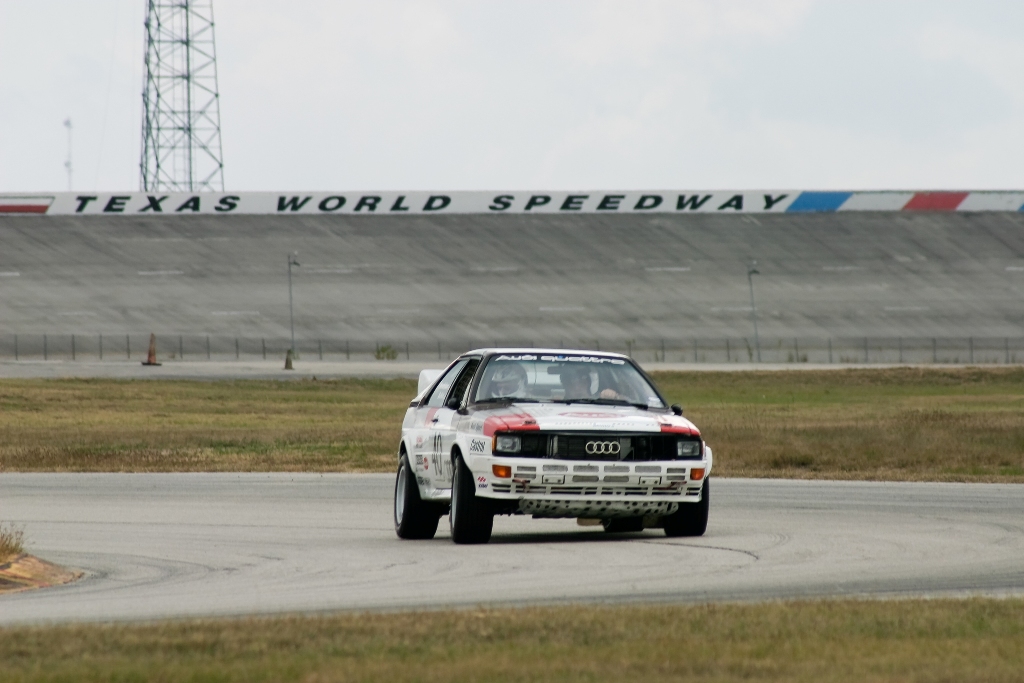 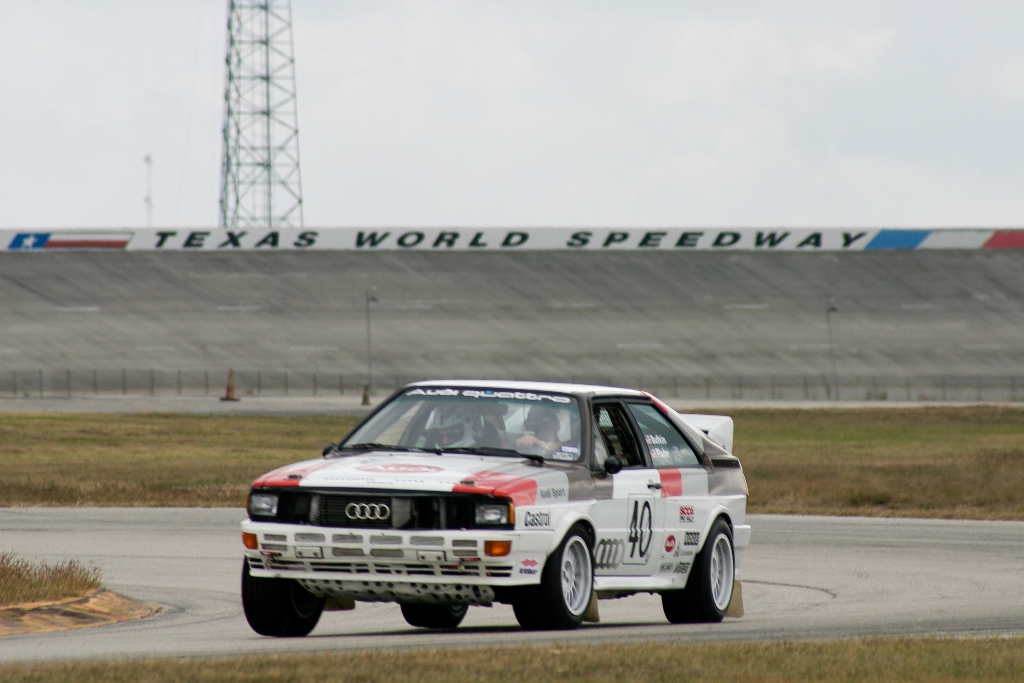 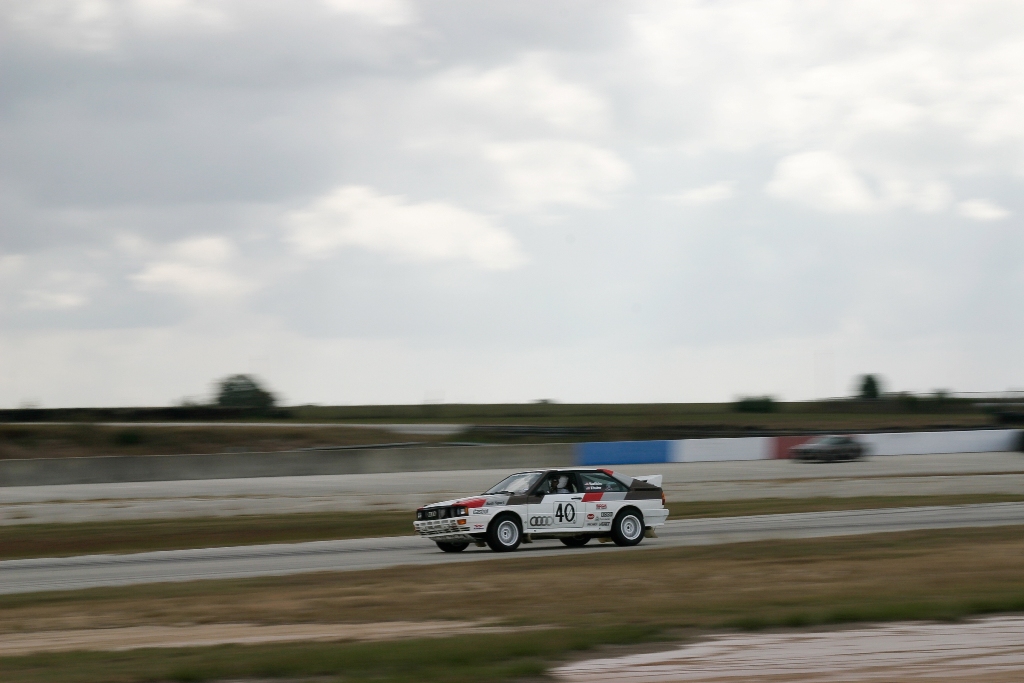 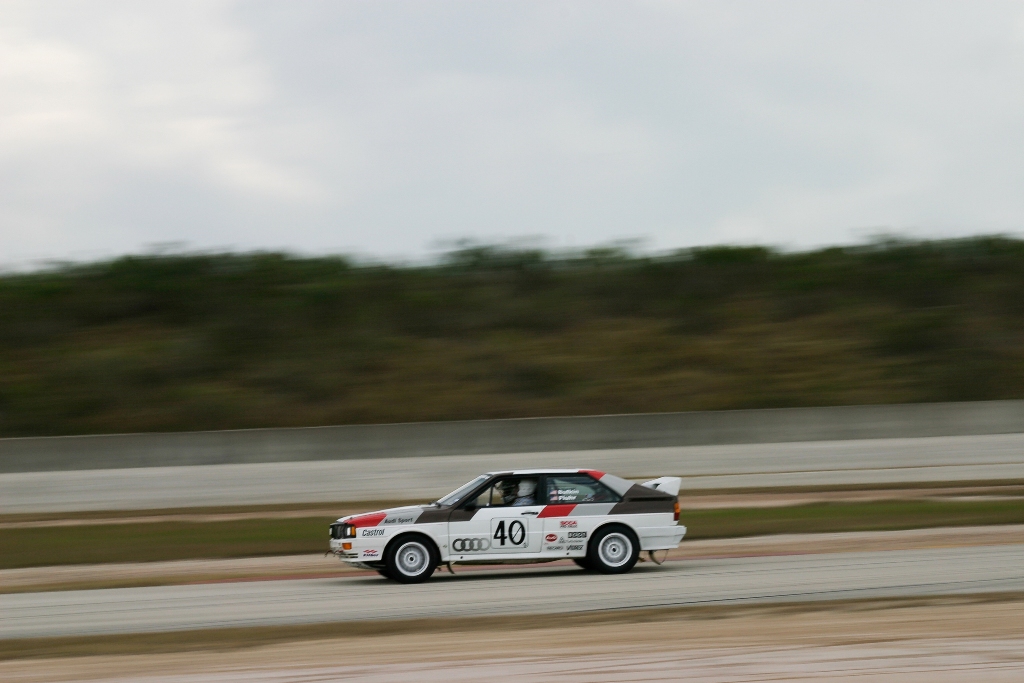 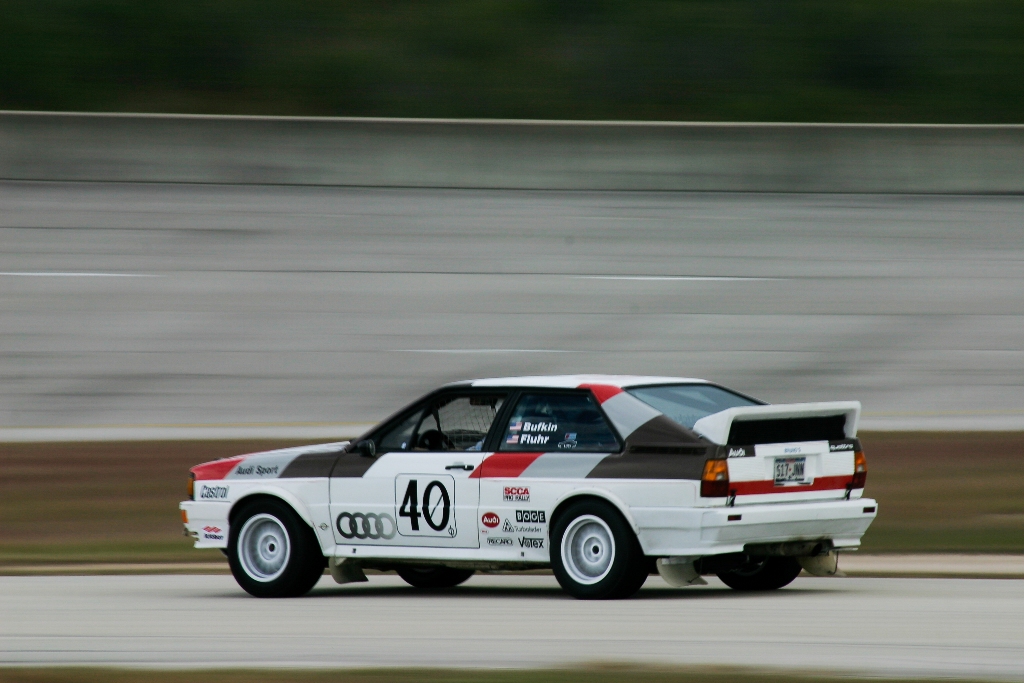 The car was running so damn strong.. Apparently too strong.  Yep that's white smoke.  Head gasket/cylinder head.  Too much timing advance was utlimately the culprit. 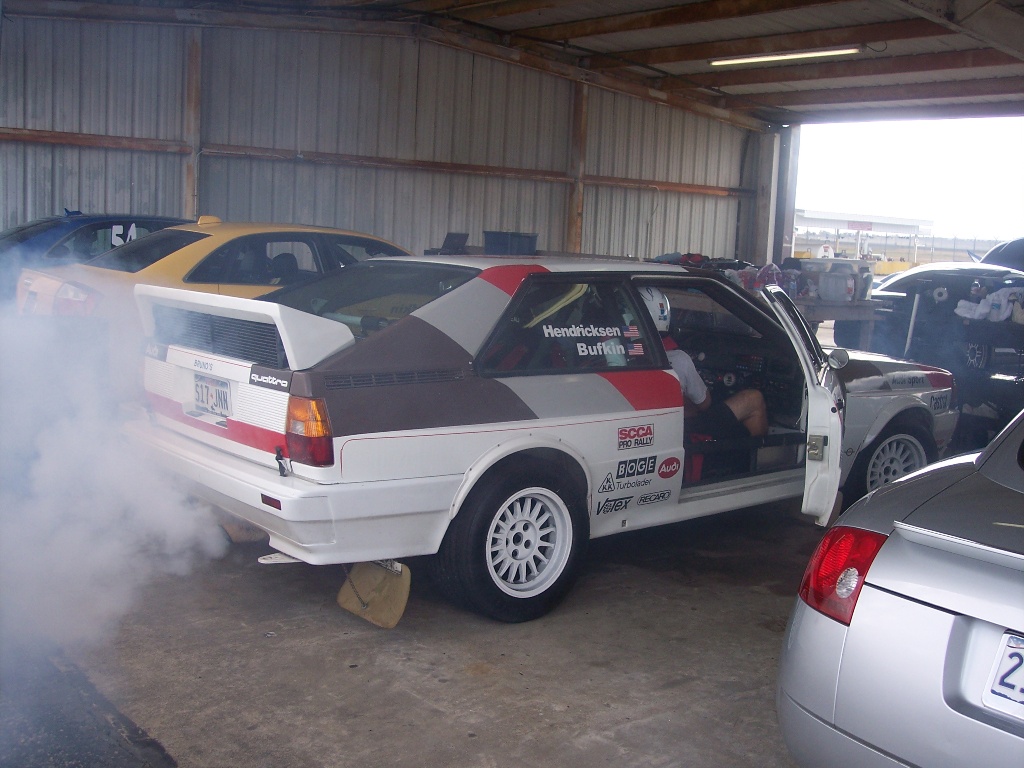