Today, Corbett and I towed the car down to San Antonio for a carshow.  The temperatures were in the triple digits so it was a sweltering day.  MJM is a tuning shop that does primarily VWs and Audis.  Overall attendance was probably 40 cars.   Very nice show.   MJM was grilling up some burgers and everyone was having a great time.

Here are some photos of my car from the event,  Not much has changed here, this is the configuration as I was going to run it at a rallycross which was cancelled due to rain.

Engine is pretty much the same except I have added a vortex can which can just barely be seen behind the radiator fan.  Its currently zip tied to the radiator support bracket.  Im still working on a good way to catch oil slosh and vent the crankcase.  All previous attempts have resulted in the catch can getting filled up alarmingly fast.   This is the first layout using an oil-seperator that vents into a catch can up by the radiator.  I also installed a flap valve on the line coming from the engine.   This layout worked for about 20 minutes of hard driving before the catch filled up, so I need a better design. 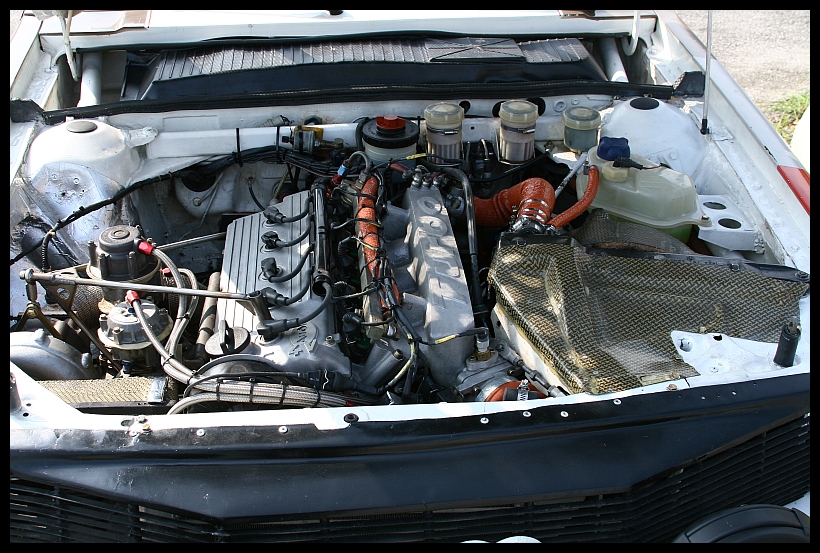 Vinyls.  My vinyl cutter is obviously working.  I've added alot of period vinyls to the car.   Since I am anticipating alot of body work in the next few years, I will need to replace the vinyls frequently. 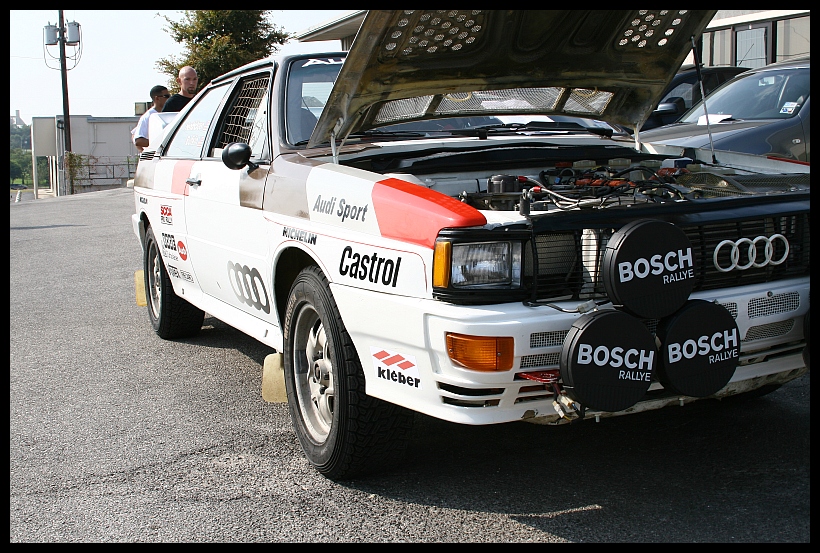 Here are two peltor headsets that I bought.  The Rally Headsets use a different impedence mic than standard aviation headsets.  They also have a IMSA style connector on the end.  They also work perfectly fine, but nowadays they're only available in black.  The IMSA connectors is very similar to a NATO helicoptor type of connector, but the wiring of the 4 wires is different.   Its actually a little backward than aviation headsets.   So here is the deal, what you see below are aviation cups.  They're cheaper than the rally units and come in old-school white.  I changed out the boom mic to the correct impedence using a peltor open ear mic.  Then rewired the internals to work with the Rally FMT Intercoms.  These have L-R balance as well as volume adjustable on each headset.  The FMT has an automatic gain on the navigators headset mic and also an audio output to feed a video recorder.   Since I pretty much rewired these babies custom if anyone has any questions they can email me. 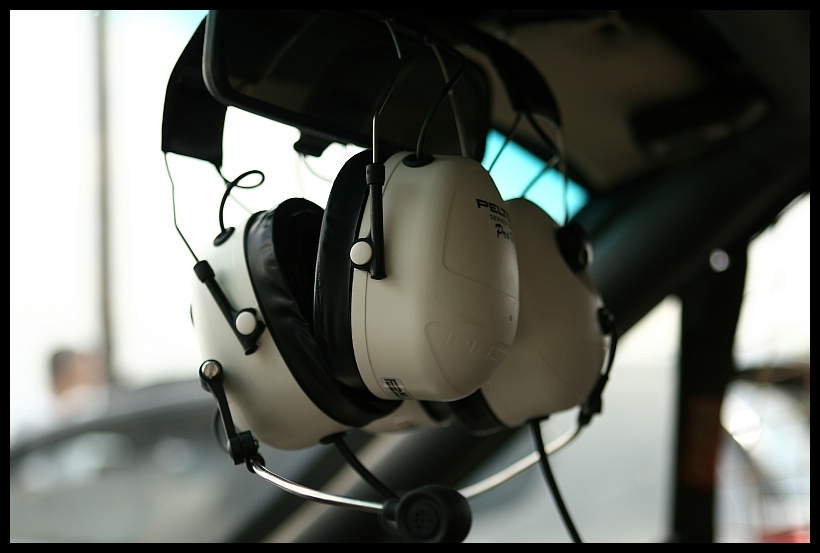 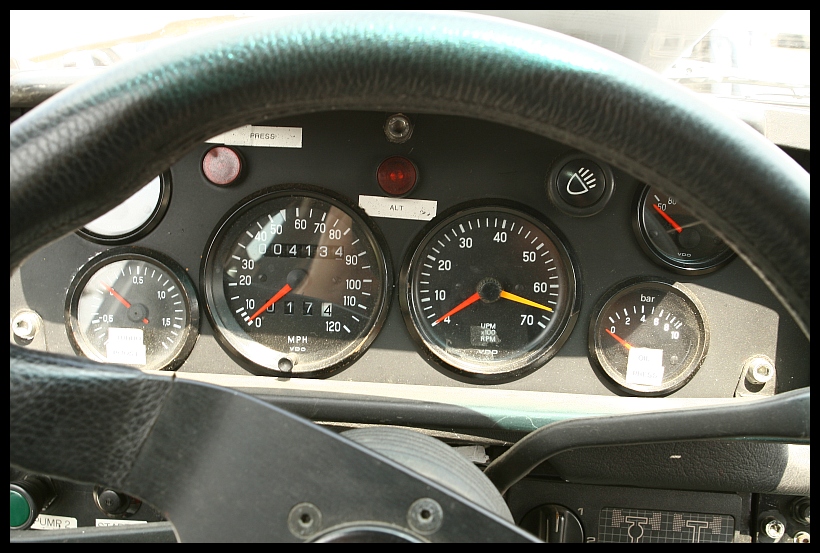 This picture reminds me that I need to continue removing that glue that Bruno put down to hold that vinyl.  I pulled all that brown vinyl and carpet up to clean up the inside and lighten it up a bit more. 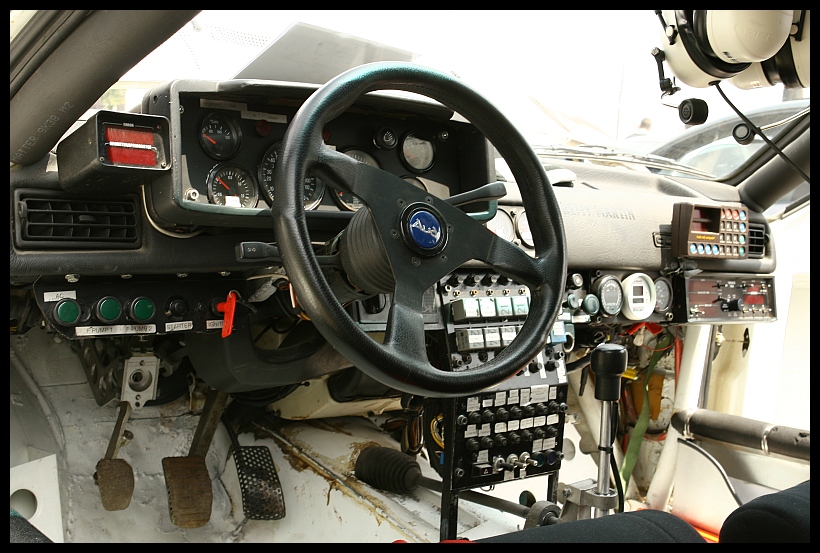 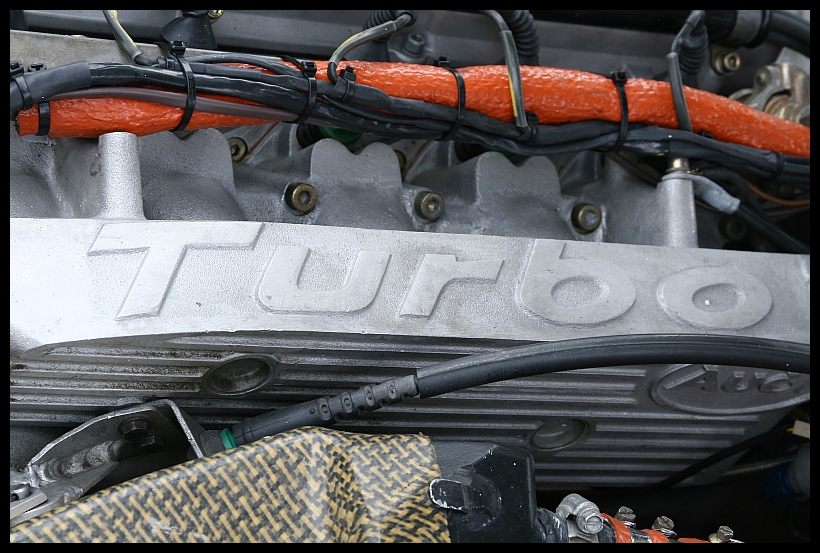 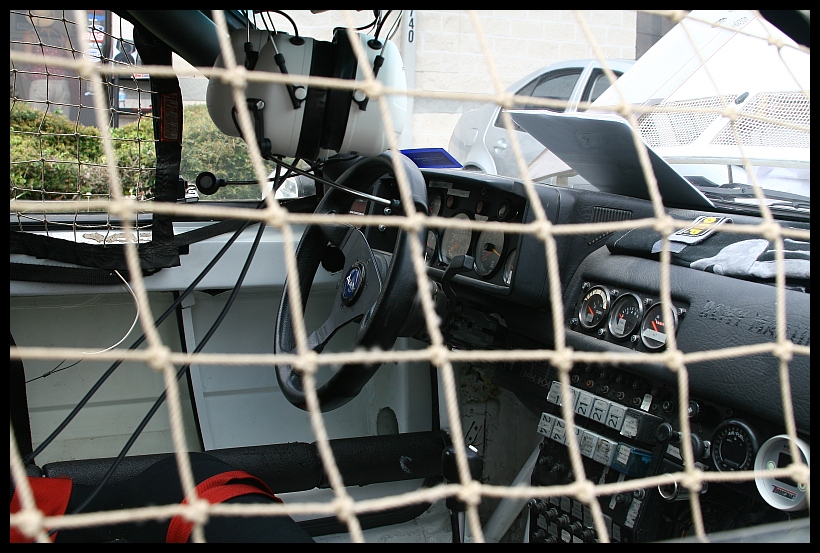 And here is a video of us giving rides about towards the end of the event.  Their shop is in a closed cul-de-sac in an Industrial area on a Sunday.  We were giving people rides.